Blog - Latest News
You are here: Home1 / News2 / Case Studies3 / Mine Surveyors Take Off with UAS 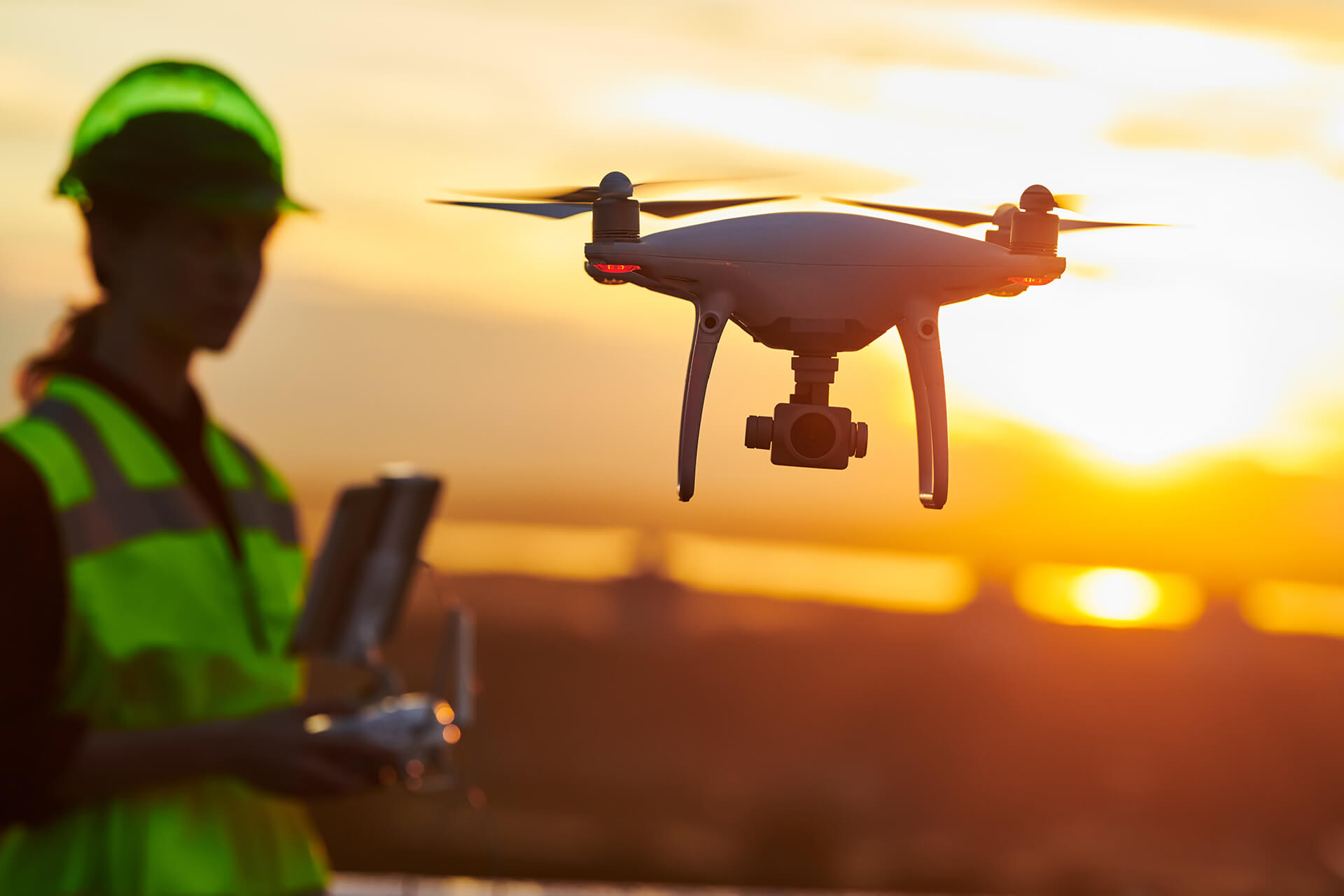 Mine Surveyors Take Off with UAS

Gary Robertson is a registered surveyor and senior engineer at a large coal mine in Central Queensland. His working teams have been nominated for Delivery Improvement Awards the past three years running, while he has been awarded ‘Young Professional of the Year’ at 2013’s Queensland Spatial Excellence Awards and nominated for the ‘National Individual Award’ at the upcoming Asia-Pacific Spatial Excellence Awards. Mr Robertson has a unique ability to discover ways in which the latest technology can be adapted and intertwined to benefit mining productivity.

For example, he recently worked with technology suppliers to devise solutions for real-time reconciliation on draglines by combining scanning systems and dragline monitoring systems to improve productivity. He has also taken part in multiple ACARP & CSIRO projects in mobile mapping and GIS functionality. “I enjoy learning about new technology and exploring ways to adapt it to improve mining operations,” he said.

He’s been keeping an eye on the development of Unmanned Aerial System (UAS) technology since 2000, when the first military drones were released and hobbyists were designing their own remote-control aircraft and has become a UAS controller himself. “I could instantly see the potential for surveyors to use an unmanned aircraft for a wide range of applications on a mine site. It was just regulations and computing power that let us down,” he said.

Because UAS can carry different payloads, such as an infrared camera or even gas monitoring equipment, Mr Robertson explains that they can benefit a wide range of mine applications, including:

As the first UAS designed for surveying and mapping began to appear around 2008, Mr Robertson explained that they were hindered by computer processing power and the lack of post processing software capable of handling the huge amount of data that a UAS collects.

“Recently there have been great improvements in both, so I re-instigated the process of investigating the best setup for our mine site in earnest,” he explained. “Finding a system that would do imagery and photogrammetry was easy enough, but finding something that would satisfy the company’s rigorous health and safety guidelines, approvals process, and be capable of holding various sensors for different site tasks, all with limited impact on current resource requirements for site was another matter entirely.”

Mr Robertson began a comprehensive Critical Analysis and Job Step Analysis (JSA) to determine the best solution for the company, which has now been sent to corporate so that the findings can be reviewed for other sites and as a corporate business improvement review article. “We reviewed every option available on the market, comparing fixed wing UAVs with multi-rotary systems, petrol-run versus battery-operated, large versus small, payloads, targets versus RTK. We looked at systems from America and New Zealand as well as those available locally in Australia.”

“We dismissed systems that used a catapult launch because of the energy the catapult stores inline with company HSEC guidelines and also petrol/combustion crafts due to the maintenance side of the regulations & certification,” he added. “We also needed a solution that had semi-autonomous control so that you could take over either mid-flight or during landing to avoid any potential obstacles. Larger aircraft often needed some sort of catching device or descended by parachute – there was too high a risk of them getting blown off course and landing in the wrong area. RTK systems appeared to reduce turnaround time compared with conventional target placement systems.”

In addition to the analysis of the hardware itself, as a CASA approved UAS controller Mr Robertson explored the possibilities of owning and operating the UAS outright, or contracting a service provider that will conduct the flights and post process the data. “Because of the CASA requirements to become fully certified, we thought the best option was a service provider who was experienced and had all the required qualifications in the short-term, until the business sorts out the CASA UOC, Chief Controller & Maintenance Controller requirements. It can’t just be a buy and fly approach as some people think due to the aviation regulations.”

Mr Robertson has worked with a local service provider to explore and test a potential mining solution. Matt Ewing, director of UAS service provider company Airmap3D, recently conducted a demonstration flight and data analysis over the mine with his SIRIUS and SIRIUS Pro UAV.

“The hardware met all of our safety requirements, as it is launched by hand just above the operator’s head and it has semi-autonomous control options to ensure a safe landing,” Mr Robertson said. “The data it supplies is well within our accuracy requirements and the SIRIUS Pro has the unique ability to map accurately without setting out ground control points through GPS RTK solutions. This has the added safety benefit of removing surveyors from the active mine site environment while also reducing job request turnaround times.”

Mr Ewing has extensive experience with UAS technology, having conducted more than 160 flights since his company launched in 2013. Like Mr Robertson, he saw the instant appeal of unmanned aircraft for mining, having worked as a mine surveyor for ten years.

“For me, the appeal in UAS technology is that it gives you the perfect vantage point for conducting surveys,” he said. “All terrestrial systems face two main challenges on a mine site: covering a large enough area and getting a good vantage point where you can capture the right data. UAV systems are the ideal solution to both of these problems.”

Mr Ewing also did his homework before committing to a UAS. “I was starting my own business that was completely centred around this technology, so I had to make the right decision,” he said. “As with any complex technology venture, I also needed to buy from a supplier that would be able to support me.” He opted for the SIRIUS UAV, distributed in Australia and New Zealand by Position Partners.

Before purchasing the newly-released SIRIUS Pro, which eliminates the need to set out ground control points, Mr Ewing faced the challenge of getting site access to the mines in order to set out. “Organising the logistics to get out and set out the ground control points was a long process that would add up to a whole day to each job,” he explained. “But now with the new Pro system, I am able to achieve the same if not better accuracies, without having to go through the ground control setup at all.

“That means I can deliver a job to a mine site, from start to finish including data processing, in half a day,” he added.

Mr Ewing has said the response he has received from mine surveyors has been very positive. “Because I can supply them with a wealth of accurate data in a short period, they can focus on data analysis and other tasks and not spend time manually walking the site to collect data. Having stood out in the scorching Queensland sun myself collecting data with GPS for many years, I can understand why they love to see me arrive on site!”