Blog - Latest News
You are here: Home1 / Case Studies2 / UAS Is The Future For Surveying

UAS Is The Future For Surveying

Surveyors @ Work specialises in civil construction surveying throughout the east coast of Australia. With some 25 employees, the company puts strong emphasis on staying abreast of the latest technology, including Unmanned Aerial System (UAS) surveying, to remain competitive.

UAS manager Wade Mills is passionate about the opportunities this emerging technology will bring to the survey industry.

“We believe that UAS will become an integral part of surveying in the future,” he said.

“Surveyors @ Work is committed to the technology because we can see the potential for a UAS to collect the majority of survey data for all subsequent analysis work.” 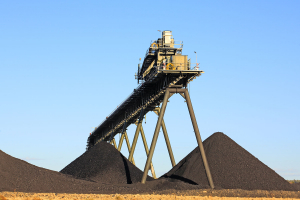 The biggest advantage, Mills explains, is the level of detail and the speed at which it is captured.

“We surveyed a 60-hectare landfill site to 30mm tolerance in five hours,” he said. “It took two hours to put in the ground control targets and another two to three hours to fly the site. After a few hours’ work, the client has an accurate, time-stamped survey as a permanent record of all assets and height measurements.”

Safety and ease of use are the other key benefits to UAS over traditional surveying methods. Some mine operators are soon to introduce zero interaction between light and heavy vehicles, which will make life impossible for survey crews according to Mills.

“When such policies are introduced, UAVs will be one of the only viable alternatives, as they can be set up and controlled away from the pit to remove any risk to survey crews.”

Mills is quick to point out that far from replacing the work of surveyors, UAS technology is purely an additional tool to help save them time and increase productivity, often at a critical time of the month when they have a narrow window to calculate volumes.

“UAS can quickly capture the data and save a considerable amount of time for the crews. The surveyors still need to set out the control points and calculate all the volumes and so on, we simply provide them with the data model to work from,” he adds.

When it came to choosing the right UAS setup, Mills explains the company took its time to find the right solution.

“Some of the first products to market were not quite robust enough or suitable for our purposes,” he said. “We did our research and it was only after testing out the SIRIUS that we found a solution we were comfortable with.”

The SIRIUS UAS can be flown in automatic or autopilot assisted mode, which Mills says is an important differentiator. “It’s good to be able to manually control the plane if you need to, but the autopilot assist means it is easy to manoeuvre. You don’t need to be a pilot to fly it!” he added.

The greatest challenge has been the ability to process the incredible amount of data captured during a flight.

“But the software is developing quickly and we are now looking into new solutions that hopefully enable us fast processing and presentation of the data. We need it for calculations, but also for video data fly throughs and 3D presentations to clients.”

Now that the initial fervour over high tech ‘toys’ has passed, Mills believes the key is to prove their capabilities by comparing UAS accuracy with traditional survey methods. Surveyors @ Work has already done this for volume calculations of a quarry, putting the SIRIUS UAS to the test against the company’s Leica C10 scanner. Only a 1.5% difference in volumes was recorded.

“Like anything new, there was a lot of hype about UAS when they first came out but the technology needs to be proved before it will be widely adopted,” Mills added.

A second case study between the C10 scanner, the SIRIUS UAS and a GNSS-based survey of a NSW coal mine will be released shortly.