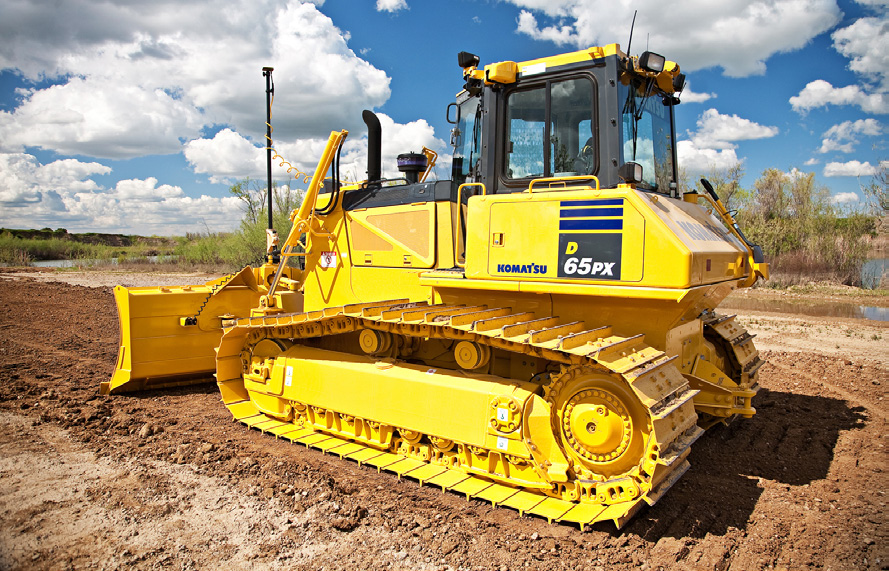 Basic 3D machine guidance offering grade (cut/fill) for every, single machine? I can hear the salivation of positioning sales professionals around the world. The goal is ambitions but is it so far fetched?

The benefits of 3D positioning and guidance is well documented yet adoption remains mostly in its’ infancy. This is especially true when considering all of the applications and all of the machines that are beneficiaries of the technology. So if the technology is such a differentiator positively impacting safety, accuracy and productivity, why then doesn’t every machine (or even half) have 3D machine guidance as standard equipment?

Let’s discuss a few of the “challenges.”

There is the perception that setting up a job site for GPS site control is difficult. For those that are not familiar with the process (and for some that are) this can be true. As with any technology, there is a learning curve. The day is not here just yet where a piece of earth moving equipment is unloaded on a job site, engine started, with all parameters ready to go. There is technical preparation, but it is getting easier.

GPS is a primary positioning “sensor” for machine guidance. The principals for accurate kinetic positioning (machines and site supervisors moving about a site) require that the GPS receiver at the rover receive a positioning correction. This is usually broadcast by radio and received by radio although there are other methods (see the references at the end of this article for more information). But the real-time kinematic (RTK) correction must be established in order to acquire and maintain a moving position. Challenges may arise if there is a mix of GPS brands between the base station receiver and rover receiver or base and rover radios. Radio channels and message protocol must also be compatible. System developers are making this connection easier and more automatic. I akin this to the past difficulty of connecting a modem by setting up parameters such as baud rate, parity, stop bits. These settings are still required but they are buried under the “hood” so to speak and people just turn on and connect. 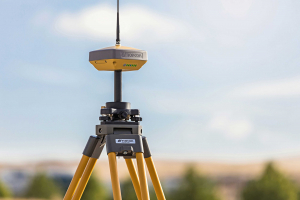 Next challenge and critical component, localising the machine to the site.

B. Localisation or Site Calibration

A machine or GNSS rover must be localised or calibrated to the site for which it is about to work. The Texas DOT provides the following definition:

“Site calibration or localisation is a process of computing parameters which establish the relationship between WGS-84 positions (latitude, longitude and ellipsoid height) determined by GPS observations and local known coordinates defined by a map projection and elevations above mean sea level. The parameters are used to generate local grid coordinates from WGS-84 (and vice-versa) real-time in the field when using RTK surveying methods.”

That is a mouthful and intimidating to some. Site calibrations usually include occupying control points, preferably 5, to perform the calculation. This step can be reduced or even eliminated with some RTK network providers but still, you have to know what you are doing. If not calibrated properly, the machine is simply not going to be referenced accurately. Site calibration/localisations are easier to accomplish than years past but the principles are the same. Again, developers are creating easier more intelligent methods along with a simpler user interface.

That brings us to the next challenge, the design or digital terrain model. 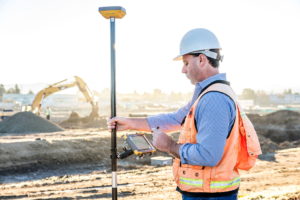 A digital terrain model (DTM) is the digital representation of the of the site design. The design communicates grade elevations, slopes, building corners, etc. and traditionally is delivered as blue prints (paper). The blue prints are read and the information is transferred to the ground by driving and marking stakes (pegs) which offer a physical reference for the machine operator. This is a crude method “guessing” between stakes when compared to using a DTM and 3D machine guidance system.

The DTM files must be compatible with the 3D machine guidance system. The files are imported and the site calibration (described above) aligns the machine(s) on site to design. This is a simple enough process but often the DTM is provided from various sources thus can be in different file types. Typically, a machine operator or site supervisor will use a data prep service or hire the expertise to operate within the company. Again, simple enough but these are critical steps required in order to be sure your machine is beginning accurately.

The importing or loading of digital files is a fairly easy process. But building the model and checking its integrity before getting to the site is a key to 3D machine control. I would recommend using a professional until you get the hang of it. Remember, expensive earthmoving equipment and machine control systems are powerful, productive and even sexy to watch. But they are like printers, they just sit there waiting for data. If the data is bad, they print gibberish.

The initial investment may just be the biggest challenge to having higher adoption. There are different configurations for different applications that can increase the cost. For example, for fine grading or paving applications, you likely will augment laser or robotic total station technology that will cost in addition to the basic system. Hydraulic controls for 3D machine control and faster axial sensors with 100mhz+ update rates cost extra. But their productivity benefits are easily justified if you have the right kind of work that requires these extra features.

But GNSS prices have been coming down over the last 6 years. Other factors such as system providers recognising basic systems have their own applications have sparked a lower system cost that is sure to continue. For basic grading for dozers, graders, wheel loaders, scrapers and compactors, pricing starts at around 50K per machine not including the base station. There are rumblings that new systems will be available in 2014 that start just below the $35,000 price point. This is serious technology at never before seen price points. This increases the value proposition not just by the lower , more affordable cost but also by easier to use, simpler systems. These types of systems will surely make 3D machine guidance more accessible to more machines and to more applications. No longer is it just the “big companies can afford machine control” or “only complex applications require machine control.” This is approaching standard equipment. 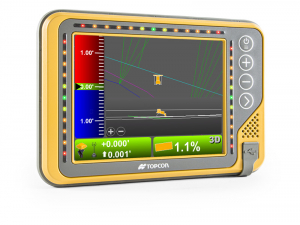 3D machine control offers the same task that manual staking and grading has provided for years. The primary difference is paper plans become digital terrain models and an operator’s view of a grading stake has become a digital grid referenced on a computer display. The operator recognises a grade reference and moves the cutting blade to work towards the design cut. While adoption challenges remain, 3D positioning is maturing and with that maturity comes a more affordable, simpler to use value proposition. Let us pose the question again:

“If the technology is such a differentiator positively impacting safety, accuracy and productivity, why then doesn’t every machine (or even half) have 3D machine control as standard equipment?” The answer is it surely will and that day is soon approaching.

Why Standards? Interoperability through RTCM and NMEA by Joe Sass
http://machinecontrolonline.com/joe-sass/2700-why-standards-interoperability-through-rtcm-and-nmea