2D or 3D grading systems | When do you need that 3rd dimension in survey accuracy?

Systematic grading technology represents one of the highest points of innovation and development within the earthmoving and construction industries, yielding increased productivity and an enticing return-on-investment. One of the most notable pain points prospective buyers experience, however, is finding a 2D or 3D grading system that best optimises their machines to suit project specifications.

The release of multiple grading systems has sparked confusion surrounding which alternative is the ‘best’ and caused debate around both 2D and 3D grading technology. It can be hard to determine when an additional dimension is required for survey accuracy, understanding the basics is essential.

Each machine guidance system aims to perform the same task – conveying data that assists in accurate tool positioning, however, each methodology may vary in terms of final results and overall accuracy. The core differentiator between grading systems can be broken down to both 2D and 3D variants; each utilise different sensors and methodologies to implement performance solutions.

While 3D systems come with greater complexity, you shouldn’t assume that it’s the optimal alternative. GPS-based technology may be essential for day-to-day directions, however, when it comes to industry use, ‘less’ may be more ideal. 2D grading systems are notably more simplistic and require a smaller investment compared to their 3D counterparts. Most 2D models are highly versatile, being compatible with 3D grading componentry for future upgrade potential if you opt for a leading brand such as Topcon.

So, when looking to invest in grading technology, how do you know which system is optimal for your project needs? At a glance, 3D machine control is required to achieve survey accuracy when dealing with complex curves and contours amidst conditions that are uncertain or ever changing. More often than not, if the machine is working to a complex design with multiple machines working on the same job, 3D systems are ideal.

Still unsure which grading system is the optimal investment? Here is all you need to know about both 2D and 3D machine control grading technology…

All you need to know about 2D machine control grading 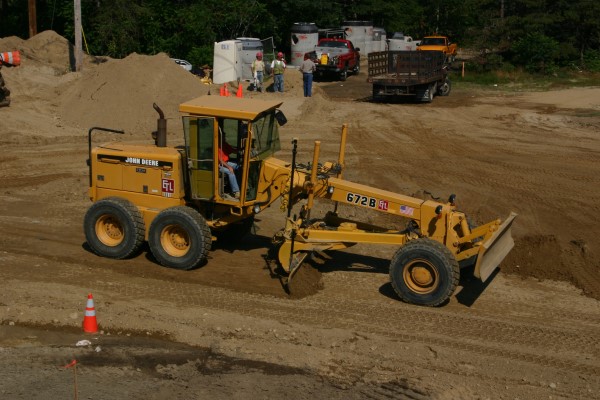 Understanding how 2D machine control systems operate is essential when trying to differentiate the tangible benefits associated with either 2D or 3D grading systems and which technology is best suited to the given application. These systems are notable for providing a more cost-efficient guidance method which aims to enhance machine utility and grading accuracy.

The 2D grading system offers a quite simplistic approach to operations, requiring physical landmarks and manual staking as references throughout grading processes. This serves to provide accurate benchmarks which can be interpreted by machine operators to increase overall grading results.

In layman’s terms, 2D grading systems utilise grading sensors to transfer essential information to operators, allowing them to know grading depth and distance across flat planes and slopes. With 2D systems, sensors can make all the difference, it is vital to understand which technology prospective systems will utilise.

2D grading components at a glance

The 2D grading systems available can vary significantly depending on which sensing methodologies they use and which components actually make up the advertised system. Typically high-end 2D systems will use multiple components in culmination in order to enhance grade accuracy and increase results. Sensors include:

2D slope sensor – The 2D slope sensor measures the slope of cutting edges through an electronic level sensor; relaying data to the control box. This sensor allows for the precise measurement of slope and angle information. It is most ideal for application across motor grader blades and dozer blades.

2D sonic tracker – The 2D sonic tracker is extremely versatile and delivers positioning information relative to an existing surface. This could be a poured kerb, elevated stringline, surface string or the ground surface. It is easy to attach to the machine and position over the desired reference surface.

2D control box – The 2D control box is the operator’s partner in the cab; delivering real time information on distance to grade in a simple and user friendly display.

All you need to know about 3D machine control grading 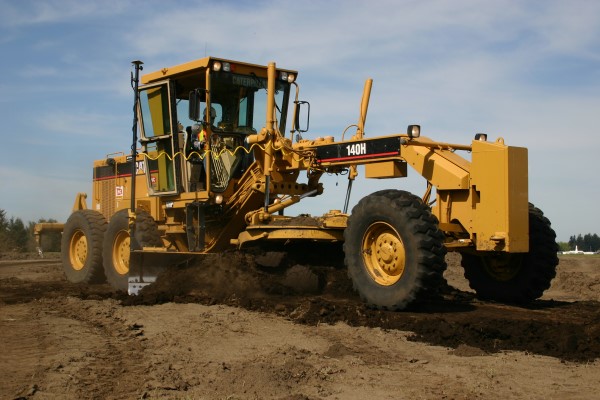 This essentially allows project engineers to upload site designs into an interface; allowing both the machine and its operator to position and cut in accordance with set specifications.

3D grading sensors at a glance

The 3D grading systems available typically only come in two variants including GPS/GNSS and UTS or LPS, which uses total station technology. While both aim to provide the same essential function, benefits do vary and associative. Costs can range significantly when comparing both models. The two options include:

3D GPS/GNSS system – The 3D GPS system and its associated sensors and components refers to technology that takes advantage of not only the ‘Global Positioning System’ that is run by the US Government; but also the other constellations operated by other countries. These include GPS (US), GLONASS (Russia), BeiDou (China), and Galileo (EU) networks, among others. Collectively, they are known as GNSS, or ‘Global Navigation Satellite System’. This is the more technically correct term, albeit GPS is the most commonly used.

Depending on the machine it is being installed on, a 3D GPS or GNSS solution will incorporate slope sensors, a mainfall sensor, GPS antenna(s), the control box and a receiver. The 3D GPS receiver is often referred to as the ‘brains’ of a machine control system as it receives and transmits information to and from the other components. Often these receivers include built-in radios, receivers, controllers and modems in a single unit

3D UTS or LPS system – The 3D UTS or LPS system is an extremely accurate system that, depending on the manufacturer, utilises one or more robotic total stations for what is called the ‘Universal Total Station’ (UTS) or ‘Local Positioning System’ (LPS). This uses optical measurements to deliver survey-grade accuracy to the machine for fine tolerance work including grading and paving. The robotic total station is mounted to a tripod within working range and line of sight of the grader.

The total station connects with a prism mounted to the vibe pole on the grader; it delivers accurate positioning information that, in conjunction with the same mainfall and slope sensors, receiver and control box, empower the operator to work to design as quickly and accurately as possible whilst minimising rework. This option is ideal for jobs that have dense tree coverage, are close to buildings or high walls/embankments or other GPS restricted areas. It can, however, be an expensive option as a different total station is required for every machine on site.

In addition to these two core options for 3D grader control, there is one other that is unique to a single manufacturer. Topcon Millimetre GPS is a solution that delivers the same accuracy as a total station-based control system; but uses a combination of GPS and laser transmitter technology instead.

Topcon mmGPS offers distinct advantages to the earthmoving or civil contractor. Firstly it is 2-way compatible so it can be upgraded or downgraded with other Topcon systems. Secondly, you can have multiple machines working from a single laser transmitter; which sends out a wall of laser beam to cover a large area from a single device. Thirdly, for major projects you can use multiple laser transmitters together on one job; giving survey grade accuracy to every machine control enabled machine on site.

Which 2D or 3D grading system is right for you

Now that core functionality and operating technologies have been broken down; it may be easier to understand which grading system is right for you and when a third dimension is required for surveying accuracy.

In general, those looking for a long-term investment across more complex projects will likely need to utilise a 3D system to achieve the best possible results. While these systems require a high up-front investment, productivity and accuracy can be improved tenfold – with fast return on investment. The benefit of choosing Topcon over other brands is that you can start with a 2D solution and scale up as required.