Blog - Latest News
You are here: Home1 / News2 / GPS In the Earthmoving Industry – A Brief History

GPS In the Earthmoving Industry – A Brief History

A brief introduction to GPS in the earthmoving industry

The Global Positioning System (GPS) was established in 1973 by the United States to overcome the limitations of previous navigation systems and has since grown to hold extensive utility across a range of alternate applications, including the earthmoving industry. Today, the earthmoving industry has been one of the most innovative adopters of GPS technology; co-developing guidance systems which utilise positioning data to digitally map grade and design features.

GPS first transcended into the earthmoving sector amidst the late 1990s following the formation of corporate partnerships between renowned heavy equipment manufacturers and GPS guidance system manufacturers. These systems helped to systematically innovate the earthmoving industry through advanced machine guidance and process optimisation.

Driving these GPS control systems were manufacturers such as Topcon, these companies have since revolutionised the machine guidance industry with flexible componentry that hold tolerances as small as two centimetres.

Many earthmoving equipment and positioning systems manufacturers today offer GPS and machine guidance systems across both factory and retrofit options; given their ability to greatly reduce downtime and enhance operational accuracy. While GPS systems continue to integrate and become an industry standard, there is immense discussion surrounding the future applications of this technology. 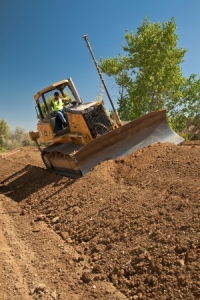 The GPS control system has seen significant advancements across years of research and development with multiple variations being manufactured. Despite this, the fundamental function of this technology has remained the same with two primary categories – ‘Indicate Only’ and ‘Fully Automatic’.

Indicate only systems use GPS data to guide the operator throughout earthmoving projects, positioning the machine over specific site designs. This system provides distinct operational benefits. However, relies on the operator to manoeuvre the machine in accordance with the site’s design. Due to this, these systems are typically retailed at a cheaper price with the need for less complex hardware adjustments. Indicate only systems will more commonly take advantage of a single GPS receiver, utilising an angle sensor to calculate machine slope.

Fully automatic systems are more technologically advanced, allowing implements to be controlled by the GPS guidance system. This introduces distinct advantages such as enhanced accuracy, making it heavily utilised across fine grading applications which require exact specification. These systems typically utilise two GPS receivers, allowing the machine to be controlled in accordance with 3D designs. While highly functional, fully automatic control systems are commonly more costly given the complexity behind control integration.

How GPS systems are used in the earthmoving industry today

Since the early iterations of GPS control systems in the 1990s, functionality and application within the earthmoving industry has continued to develop into what it is today. Machine guidance now takes a more complex approach to machine positioning than historical variants yielding greater accuracy and enticing returns.

GPS systems utilise digital plans to guide operations allowing site designs to be imported into the GPS display, providing exact grade locations and specific elevations or design. These systems also allow equipment operators to use positional data to make decisions or even operate machine implements from a set project design element. Given the versatility of this technology, GPS systems are now being designed to meet the requirements of interchangeability – being used across a variety of machines.

Today, GPS systems are available for different applications across a variety of machines, utilising the same technology in various ways to adapt to project specifications. From motor graders, dozers and excavators to scrapers and compactors; GPS technology continues to act as a highly sought-after tool across modern earthmoving. 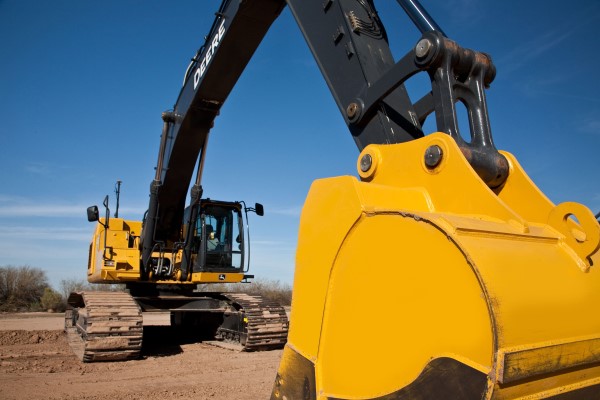 The limitations of GPS control systems in the earthmoving industry

While GPS control systems come equipped with significant utility within the earthmoving industry, design elements are not without limitations. Multiple factors must be considered before investing in GPS control technology to evaluate potential return-on-investment and overall suitability.

GPS signals are highly efficient in transmitting data, however, can be limited in areas where sky views are obstructed. Projects which are located too close to buildings or that require indoor site preparation, for example, can experience obstructions to GPS signals that result in dead zones. Satellite coverage can also be weaker across different locations and at given points throughout the day; giving a systematic disadvantage based on time and geographic location.

Manufacturers, such as Topcon, can address these challenges through flexible components. These components can be swapped on and off different machines to utilise different technology. For example, a grader GPS system can swap to total station positioning or Topcon’s unique millimetre GPS system for final trim work. Most other suppliers and all factory-fit solutions are unable to do this; limiting the user to the system they purchased without considerable additional expense.

While most limitations of GPS control systems are intangible, the initial cost of this technology is another barrier to entry. Which may be problematic across smaller earthmoving companies. Although GPS guidance can increase productivity by up to 30% compared to traditional methods, the initial cost can be off-putting; particularly in an uncertain climate with major projects waiting to be released.

Position Partners can assist by fitting a hardwire system to your machine(s) – with this installed, you have the freedom to rent GPS machine components from us without the capital outlay of a full purchase. Plus, you can get the right technology to suit the job at hand, switching from GPS to LPS, mmGPS and more with Topcon.