“If it’s got a cutting edge and it moves dirt, we can measure it” Some of Position Partners’ most experienced field technicians and installers look back on unique and challenging jobs they’ve had over the years.

With more than 30 years in the industry of fitting machine guidance technology to earthmoving and mining plant, Position Partners has forged a reputation for getting even the most challenging and unique machines up and running, often when they’ve never been done or attempted before.

Gary Campbell, General Manager for the company’s Integrated Solutions Group, says that although machine manufacturers are now offering integrated machine systems as something relatively ‘new,’ Position Partners has had this capability for years.

“We’ve been integrating machine control to most of the leading brands for decades,” he said. “We can plugin to the machine’s on-board system, integrate with the valve control, use the built-in switches, so that for an operator the system feels like it’s part of the machine, not an add-on.”

Nicknamed ‘MacGyver’ by his colleagues, Roberto Cecchele in Position Partners’ Perth team said that when he joined the company 15 years ago, he felt it was his job to make good on the promises the salesman was making. “He used to make some interesting promises and I felt it was my job to deliver on them,” he said.

“I soon learnt that for a non-standard machine that we’d never done before, I could take parts from one kit and others from another kit and make it work.”

Roberto believes his background as an automotive mechanic and the time he’s spent living and working in remote aboriginal communities has stood him in good stead for this work. “When you’re working out in the bush with very limited tools, you need to think out of the box and make something happen,” he said. 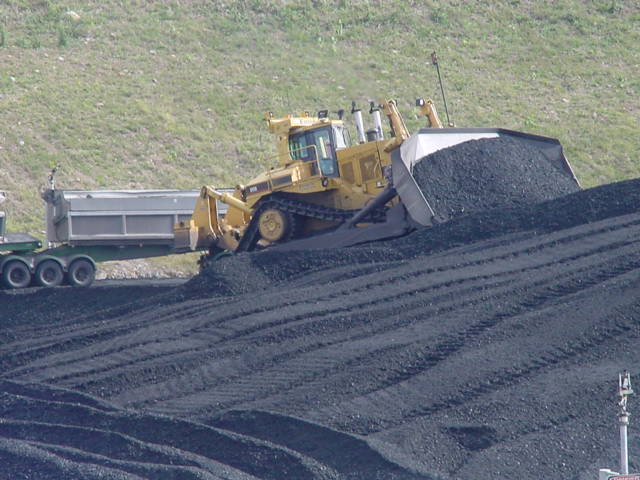 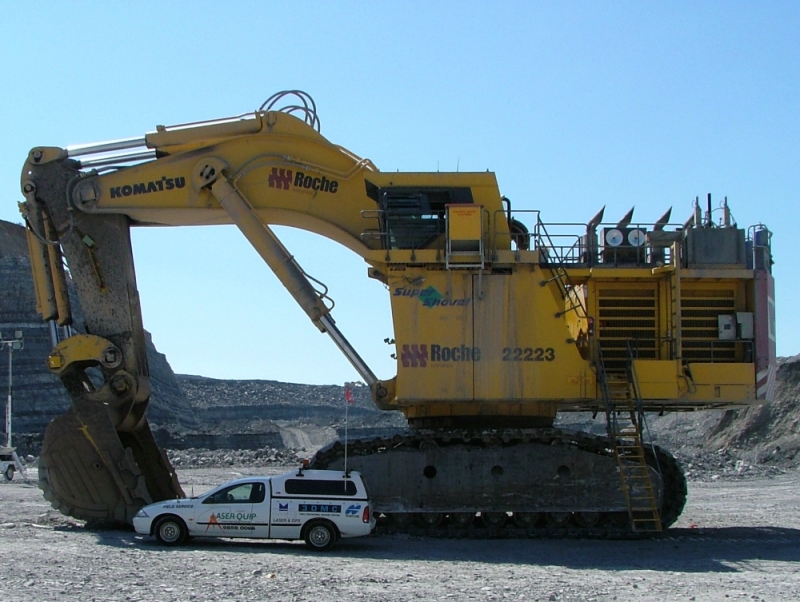 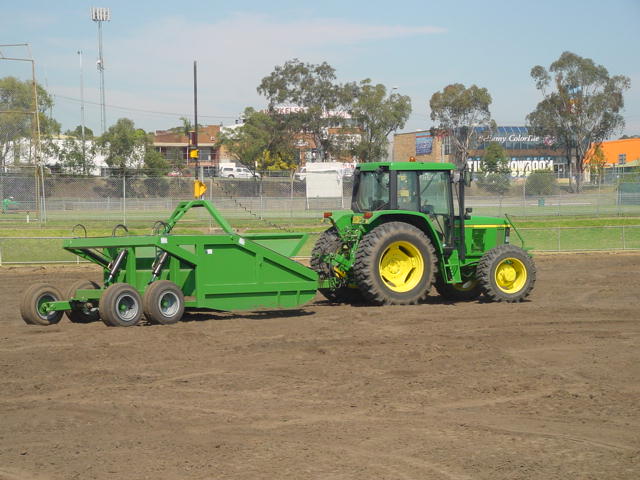 “Even a simple thing like needing a shovel when you’re hundreds of kilometres from anywhere… you just improvise and use what you have and make a shovel.”

Outside the box thinking is critical, agreed Jay Fletcher, Leading Hand for Brisbane’s Field Install team. “You also need a high level of tenacity and perseverance,” he said. “Machines will try to beat you, people will say ‘no, it can’t be done,’ and you have to keep going and get it done anyway.”

Having completed machine installs all over the world, Jay is familiar with having to think on his feet. “I remember a job in Sumatra, Indonesia for a Dayco grader, a machine we’d never fitted before. I was told we had everything, all the hoses and parts we needed, but until I lay eyes on the machine myself, I’m always sceptical,” he said.

“As it turned out I was right to be so because we didn’t have what we needed at all and trying to get the parts and having to make up fittings on the island with the language barrier was very challenging. But tenacity, outside the box thinking and perseverance got the job done.”

Transferrable skills aside, having a trade qualification behind you is also a big help to succeed in the field. “A background in mechanics, electronics, or really any trade that demonstrates you can take a concept or design and build something from it, is key,” Roberto said. “I’ve had an architect join our team before and do extremely well, you just need the ability to understand how things work and be open to learning.”

Teamwork is another essential ingredient when it comes to getting machines up and running. “It’s like putting together a jigsaw puzzle, where everyone brings different parts and together you make the whole,” Roberto added. “You have some of the pieces to get started, then another person can help fill in some gaps, and another some more, and so on until everything fits together.” 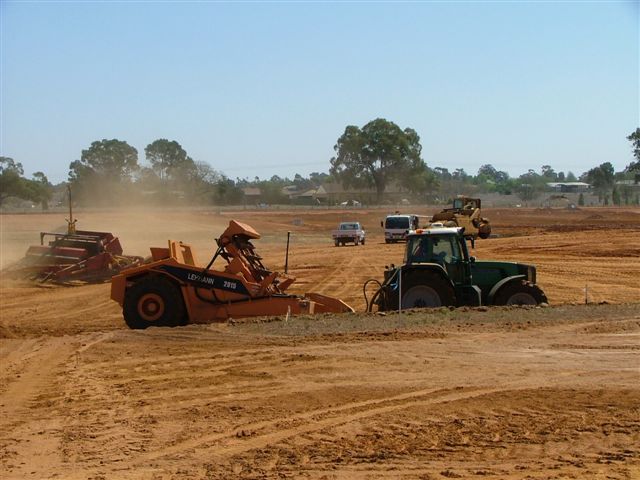 If you’re in the market for a new dozer, grader or excavator, there’s a high chance it will come with a form of factory-fitted machine guidance system. As the technology has become a must on most projects, much like navigation systems in our cars these kits are now standard on the most popular machine types by manufacturers including Caterpillar, Komatsu, John Deere and more.

But what about the spectrum of machines outside of the top three? According to Gary, Position Partners has pretty much fitted them all.

“Put it this way: if it’s got a cutting edge and it moves dirt, we can measure it.”

Roberto Cecchele added that his most unique setup to date was for a three-wheel motorbike and a tow-behind scoop that was used to accurately shape bunkers on a golf course.

“The system we fitted was worth more than the machinery combined but it was a prestige golf course, and they wanted their bunkers to be built with precision,” he said.

A huge advantage of aftermarket technology such as Topcon, is the ability to swap components between machines. “Even compared with other aftermarket systems, Topcon is unique in its ability to build a solution and swap things in and out or across different machines,” Gary said.

“Factory-fit options are limited to the machine they are installed on, whereas Topcon can be put on any machine with a cutting edge and also swapped between machines to make a customer’s money go further,” he added.

Roberto said the flexibility of Topcon components also enables Position Partners to perfectly match a solution to the customer’s application. “You can start with a 2D system, where you put sensors on the machine, such as a grader, that tell you where the blade is,” he said.

“From there, you can add slope control on one or both sides, or laser control to give you elevation. Then you could put on a sonic sensor for surface elevation, or a slope sensor depending on the job you are doing,” he added.

“Lastly, you can build further on a 2D system and make it 3D, by adding GPS, total station positioning, or Topcon’s unique Millimetre GPS that uses both GPS and an ultra-precise laser transmitter. I don’t think any other supplier can match the flexibility and compatibility with all machines that Topcon has.” 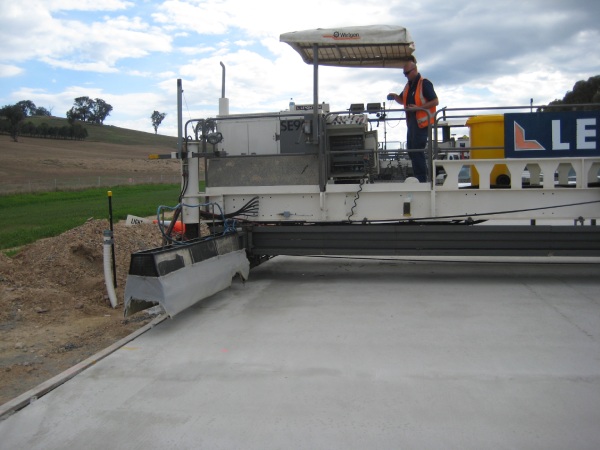 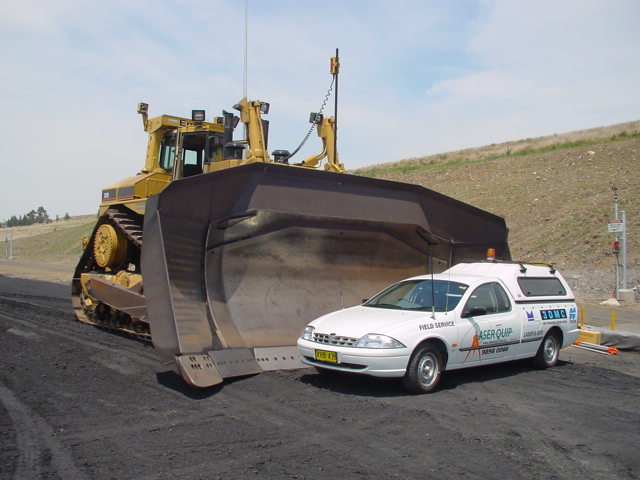 A catalogue of firsts

Jeff Bratton has been with Position Partners for more than 20 years. Another ‘MacGyver’ of the company, he says the team automated machines decades before the OEMs started introducing systems. The late 1990s to early 2000s was a period of significant innovation and firsts for the company.

Jeff recalls some elevating scrapers that the team automated back in the early days of GPS. “It was 2001 or 2002, we actually created our own electronic interface to talk to the on-board systems. It was unheard of at the time, developing our own processes, programming it, and testing it.”

Another first was an 825 compactor for AbiGroup, again in the early 2000s. After doing research in Australia and with manufacturers around the world, the team realised it had never been done or even attempted before. “It was very successful and nowadays it’s quite common for us to fit machine systems to compactors, but back then it was a first not just in Australia, but in the world,” Jeff added.

The late 90s also saw the team’s first automated drott, or track loader. “That involved designing a whole hydraulics system, get it fitted, get it to work,” Jeff said. “Those machines are also unique in the way they work, so we had to control the hydraulic flow to get fine corrections on the cutting edge. That required a lot of head scratching, but we got it running well.”

On the M5 East tunnel project in Sydney, Position Partners was the first to automate road headers for controlling the floors in the late 90s. “I believe that’s one of the few times a road header has been automated anywhere in the world,” Jeff said.

In the early 2000s Position Partners automated the first D11R dozers to accurately measure the level of coal on a rail loader as the customer was having challenges with high grade coal getting mixed up with low grade coal and damaging the pad. 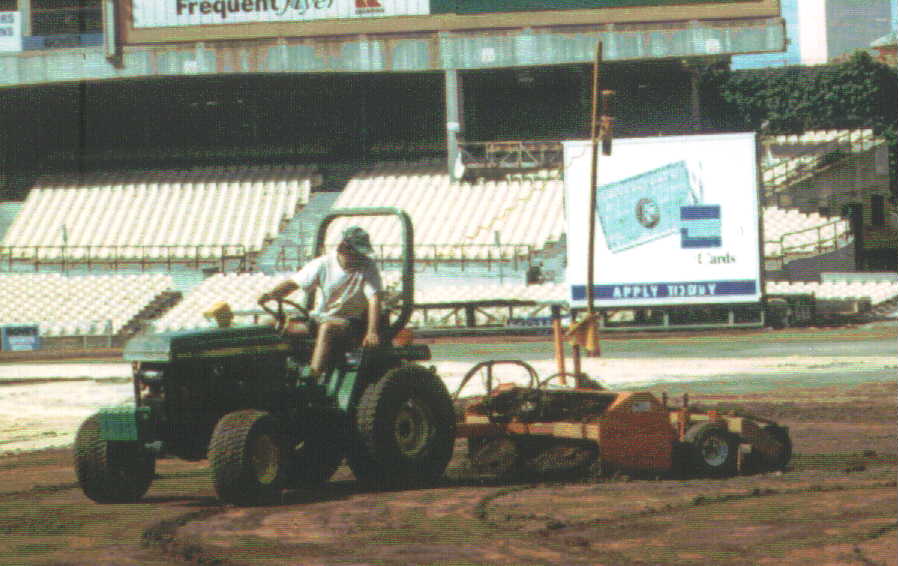 “That was a challenge fitting very large hydraulics and designing our own systems, but it was very successful, and the customer no longer got cut-backs when shipping coal overseas,” Jeff said.

On a 992 push-blade dozer that was controlling ash on a power plant, Jeff and the Sydney team were called in as the customer was experiencing fortnightly truck roll overs due to the ash not being smooth and consistent.

“We designed an entire hydraulic system including pumps, tanks and valves to interface to the machine,” Jeff said. “After the install, the truck rollovers stopped completely, so it had a dramatic safety impact for the customer. It was a first for us in terms of the machine and the application it was being used for.”

Looking back further still, Jeff said a lot of the technology Position Partners was offering was unique at the time but has since become commonplace.

“We pioneered building laser tractors back in the early 90s for use on house pads and sporting fields – now it’s become its own mini-industry with several options and suppliers on the market,” he said.

“Another example would be automated, laser-controlled trenchers, which we started doing in the 90s and they’ve now become factory-installed options by the manufacturers.”

The combination of Topcon’s flexible componentry, matched with decades of experience in the industry by the Position Partners team, means to date there’s never been a machine the company couldn’t fit.

“Lots have been a challenge, but we’ve never had a problem we haven’t solved,” Jeff said.