You are here: Home1 / Blog2 / Position Partners3 / TBT EARTHWORKS improved efficiency and productivity on site with the i... 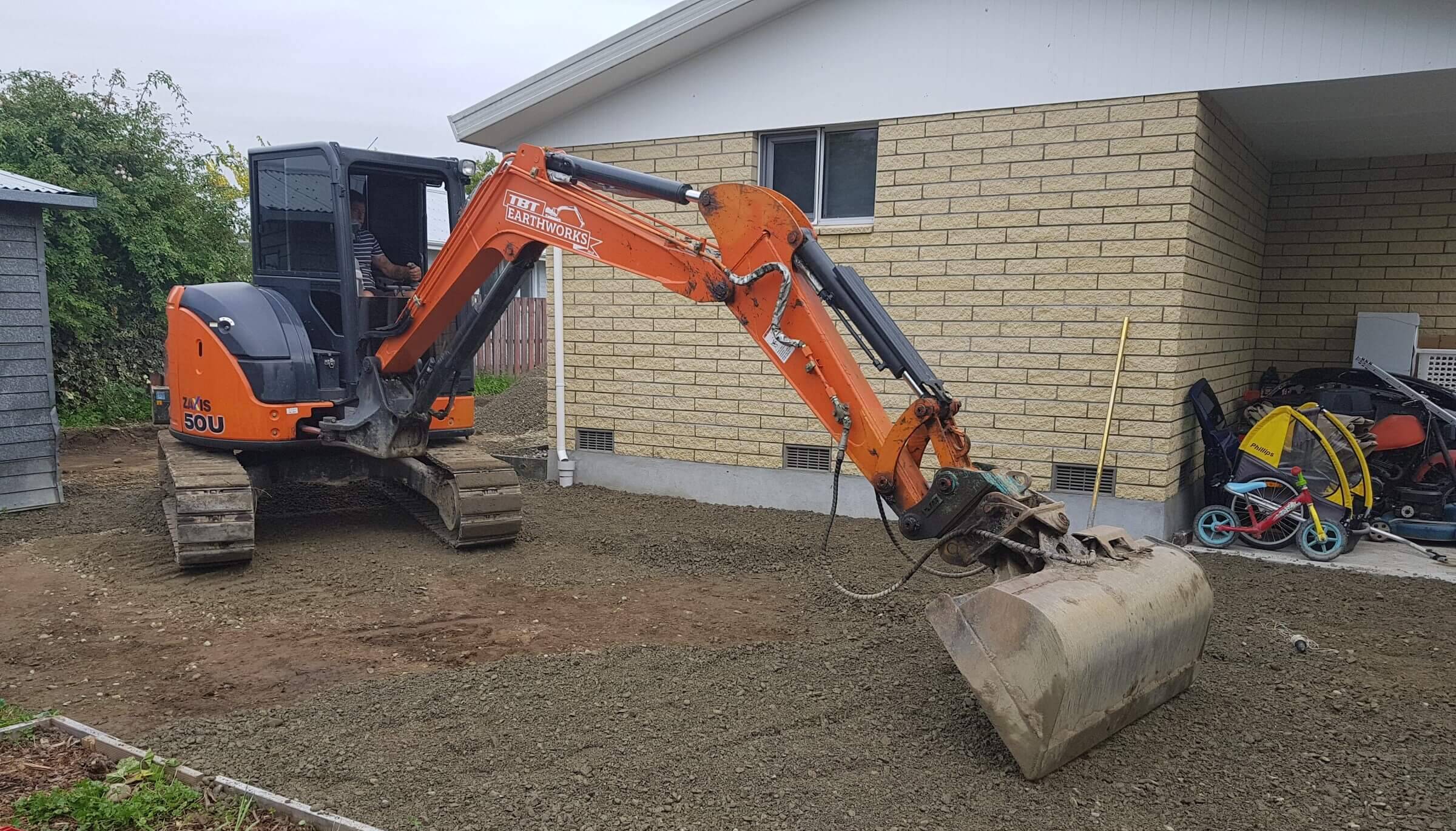 TBT EARTHWORKS improved efficiency and productivity on site with the iDig

TBT EARTHWORKS LTD is a family owned and operated contracting company, based in the Canterbury and Christchurch regions of New Zealand, that had plans to increase the efficiency and productivity on site as they moved into more large scale, fine tolerance work.

Trent O’Neill, one half of the father and son due that run TBT EARTHWORKS, saw a sponsored post on Facebook for the iDig Touch 2D excavator system from Position Partners and thought it looked like it would fit their needs.

“I got in touch and Troy from the Position Partners Christchurch branch came out the following day for a demonstration. We put our name down for the system that day,” said O’Neill.

“We are starting to get into a lot more large scale, fine tolerance work, being a small company we try to be as efficient as possible and the iDig system was definitely the way to do so.”

O’Neill has found that machine and technology work well together and is about to set the mounts up on a 12-ton Hitachi ZX120-3 excavator so his team will be able to interchange the system between the two machines as needed.

“With the placement of the screen in conjunction with the traffic light and beeper it’s very easy to use,” O’Neill said. 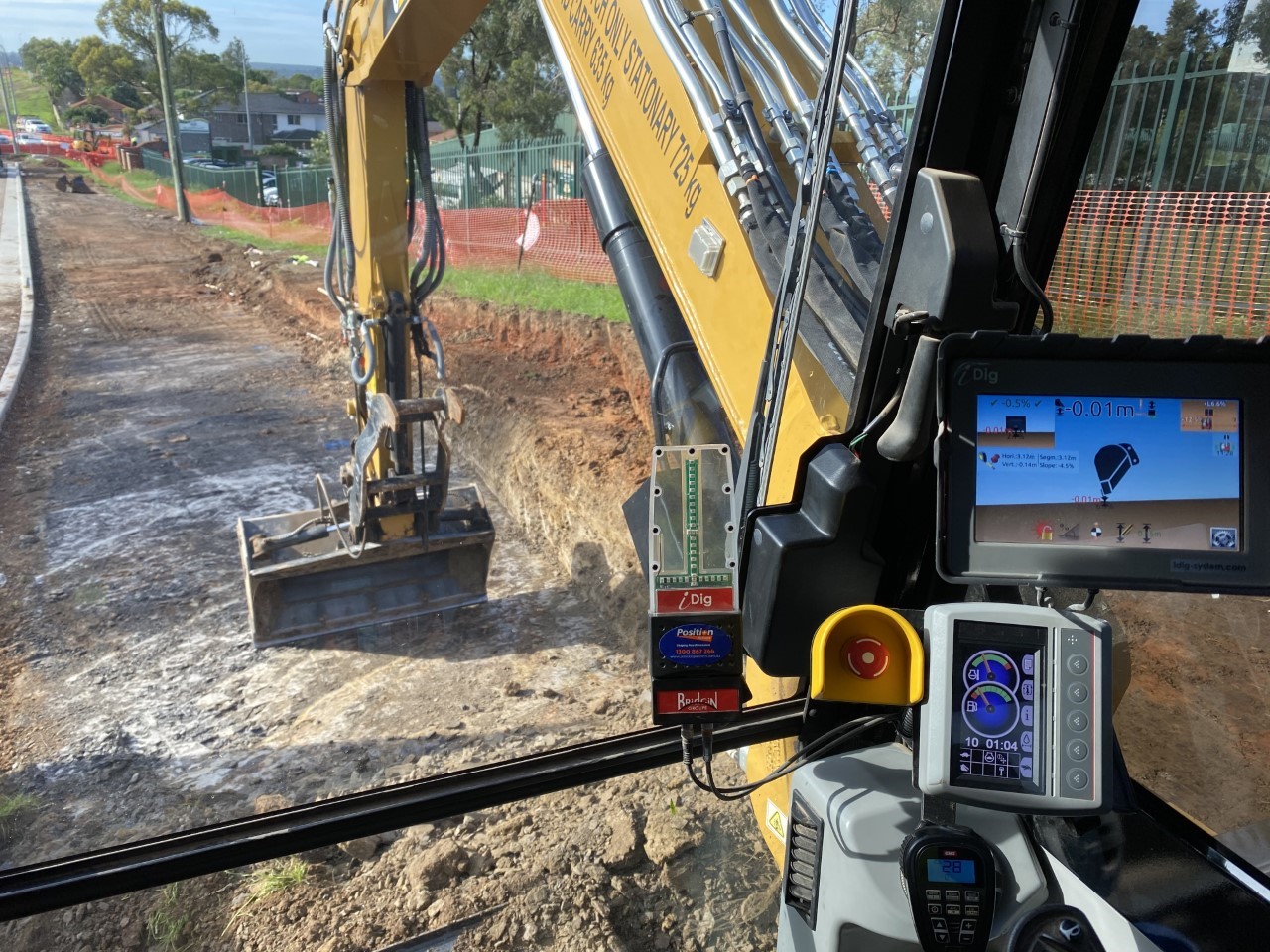 O’Neill and his team were drawn to the iDig Touch 2D excavator system because of its simplicity and flexibility. Being able to switch the iDig from machine to machine on the site as needed was exactly the kind of feature they were looking for to increase the productivity and efficiency on site.

“We really liked the simplicity of the system and the fact that it can be moved between multiple machines. We also do a fair bit of demolition and tree clearing so the wireless feature was certainly a bonus for us as there are no wires to accidently rip off,” O’Neill said.

“Retaining walls are a large part of our business now-a-days too and the fact that it can be used on our auger to determine the angle of hole being drilled was really appealing.”

Prior to implementing the iDig system, O’Neill would have needed to have a labourer use a traditional laser level and staff set up to do the task the iDig system can now tackle.

“Now we have the iDig system the labourer can now focus on more productive things such as compaction, hand work and any other tasks that may pop up,” O’Neill said.

“We have certainly noticed an increase in efficiency and less material wastage with the iDig system because we can work to a much finer tolerance. This system also saves cost on marker paint as we no longer need to write heights on the ground for the operator to see.”

While he hasn’t needed to call on Position Partners for support or training in the technology yet, O’Neill said that service and support also plays a part in his decision-making process when purchasing new technology because even the highest quality equipment can have faults or get damaged and how the support team deals with that is really important.

“Downtime is a profit killer for any business so having a local team certainly comes in handy – in saying that it wouldn’t have been an issue if they weren’t local as the system is really user-friendly,” O’Neill said.

“Troy ran over the system with us when we first set it up, the whole lay out and calibration is really well done as the system runs you through the calibration using the on-screen prompts,” O’Neill said.

“I will be setting up and calibrating the system on the 12-ton digger myself but other than that it’s just a case of getting stuck in and having a play with all the different settings and modes.”

“If there is anyone out there who is on the fence about this system I’d recommend getting a demonstration. The uses and benefits of this system are vast and the way technology is going it won’t be long before this style of systems is on every other machine,” O’Neill said. 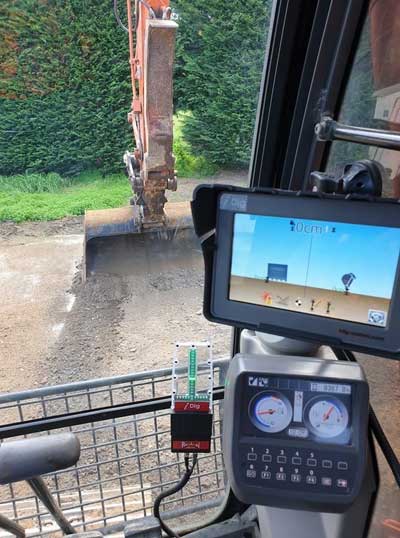 TBT EARTHWORKS LTD is a family owned and operated contracting company consisting of a 5-ton and a 12-ton excavator, operating around the Canterbury and Christchurch region.

“TBT EARTHWORKS LTD is a small but steadily growing family run and orientated business specializing in but not limited to earthmoving, retaining walls, demolition, landscaping and concrete placing,” O’Neill said.

“I’m half owner of the business, the other half being my father. I’m 22 and he is 64 years of age, so we bring our own aspects to the business which seems to work really well. Our team is never usually responsible for any one task as we do a vast range of work at any one time which means we need to have a very versatile team.”