Relied upon by cadastral and topographic surveyors, engineers, architects and drafters, CAD software is used to create and manage plans or projects in a digital format.

The software available on the market today has come a long way from the early years of computer programs. In this article we’ll step through the evolution of civilcad, a popular and Australian-developed solution that has a long history and is today known as MAGNET Office, which now forms part of the MAGNET Systems Workflow.

Cliff Stewart is a land and mine surveyor with more than 30 years’ experience in land development projects. During his career, he’s also worked on 13 mine sites and is authorised for all aspects of underground and open pit mine surveying.

As the Founder and Managing Director of Stewart Surveys, which was established in 1985 in Gunnedah NSW, Cliff remembers his first purchase of a CAD program that same year, which at that time was called CivilDes.

CivilDes began as a level book reduction program and was launched circa 1982.

“The computer came with the software and had virtually no memory,” he recalls. “The software was on five-and-a-quarter inch floppy disks. Every time you used it, you had to put in a floppy with program files and then another to store your data because the computer wasn’t able to store either,” he added.

The crisp, multi-coloured graphics surveyors are accustomed to today were certainly not available in the early days.

“There wasn’t much in the way of graphics,” Mr Stewart said. “It basically calculated and plotted closes, long sections, cross sections and so on.”

Data collectors for use in the field were large and cumbersome. “My first plotter was an A3 tablet. We used to stick the A3 plans together and trace the final,” Mr Stewart said. “In 1986 we bought a Housten pen plotter – it only held one pen and you had to change it to get different thicknesses.”

civilcad version 5 is a step change in CAD software

Between 1985 and 1990 there were some rapid developments in computer memory capacity, with the ability to store megabytes of data.  The name CivilDes was changed by the developer Peter Bloomfield to civilcad in 1985. In 1996 Topcon Positioning Systems purchased the program.

Mr Stewart remembers civilcad version 5 as a major change to the software structure. “Version 5 was very good software for the times and we used it on a lot on large jobs,” he said. “It had a new file structure to version 4 and it was supplied on three and a half inch floppies.”

Adam Burke from civilcad (now MAGNET) distributor Position Partners, remembers that time from his early days at the company. “I joined when we were shipping 3.5” floppies,” he said. “We used to have to cut those floppies by hand, it took ages to produce all the disk sets to send to customers when there was an update. How times have changed now with customers just downloading updates when they want to in a few minutes.” 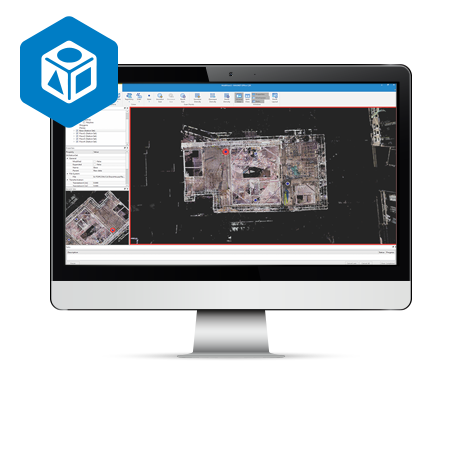 The move to version 6 in 2002 was a challenging time for the software, Mr Stewart recalls, as the platform moved from a Dos to Windows environment. Many customers chose to stick with the robust version 5 until the bugs had been worked through.

Version 7 was the first full Windows-based upgrade, released in 2010. Like version 5, it was a very stable platform that surveyors and engineers relied on for many years, often foregoing further updates.

In 2013, Topcon changed the brand from civilcad to MAGNET, bringing in a new era of modular application-based solutions and integration between field, office and enterprise project management tasks.

Fast-forward to the present, and MAGNET is a complete workflow solution that enables collaboration across multiple teams and stages of a project. Used by land surveyors, mine surveyors, engineers, project managers and more, the interface now has more than 10 modules that can be used for layout, data collection, large infrastructure 3D site management to name a few.

Mr Stewart says that this CAD software in all its various forms and versions, has served him well. “I have been on continuous subscriptions to this software for 35 years,” he said. “It’s funny to reflect back on one of our earlier concerns, which was how long the software would be around!”