Blog - Latest News
You are here: Home1 / News2 / Position Partners3 / Different Types of Survey Drones and How they Take Off, Fly and Land

We classify our drones as unmanned aerial vehicles (UAV), which are aircraft without a human pilot onboard. This is the overall category of drone survey and geospatial equipment, which includes a range of different aircraft used for different survey purposes

Within the UAV category of survey equipment is the latest flying and launching technology – referred to as V.T.O.L – which means an unmanned aircraft that has a Vertical Take Off and Landing.

We talk more about VTOL and VTOL payload over here on this blog: Click here to read about VTOL Payload.

This article dives deep into the different types of drones that are on the market today or about to be released – Position Partners offer a range of surveying drones for sale.

Below we will differentiate between survey drone types on the basis of functionality including photography, aerial mapping, surveillance and more. There are three major types of drones that use different aerial platforms

Often referred to as RPAS (remote piloted aircraft system) – fixed-wing drones are unmanned aircraft with fixed wings that are unable to hover in a single spot, which makes launching these drones into the sky more difficult. Depending on the size of the drone, it used to be necessary to launch the drone into the air by use of a runway or catapult launcher. Recently, however, Position Partners has focused on a new class of fixed-wing drones – call RPAS VTOL – that can actually be launched like a multi-rotor drone using tiny rotors that fly the aircraft vertically at take off. After take-off, they proceed to glide like a regular aircraft using normal aerodynamics – which makes them hyper-efficient in terms of power. Click here to view our VTOL products.

Fixed-wing drones have a similar design to standard aeroplanes that are lifted by wind rushing over and underneath a wing expanse. As we previously established, fixed-wing drones cannot hover in the air in one location, which makes them unsuitable for survey activities where the aircraft must turn or pivot quickly, or hover in one place. Fixed-wing drones are powered by gas engines or large batteries. The aerodynamics of a fixed-wing unmanned aircraft allows them to map larger ground areas and cover longer distances for up to 16 hours, in some cases.

Once you completed your survey project using your fixed-wing drone, it is essential to safely land and retrieve the drone by using a runway, parachute or net – as was consistent with older technology for UAVs. Now VTOL capabilities mean the drone can be flown easily back to base by the operator using the rotors over the wing and can be landed very precisely at a specified location, similar to the way that multi-rotor drones land.

Fixed-wing drones fly long-ranges and are therefore ideal for accurate, long-range survey-grade aerial mapping and photogrammetric surveying. With a minimum of a 90 minute flying time, they can cover a lot of ground – and have a range of 7.5km. They are able to map the topography and ground below to a +/-2-5cm accuracy.

Landing single rotor drones can be a difficult task due to their unpredictability in certain conditions. Not only can these drones hover in a single spot, but they can also be unstable and unforgiving in the event of a bad landing. 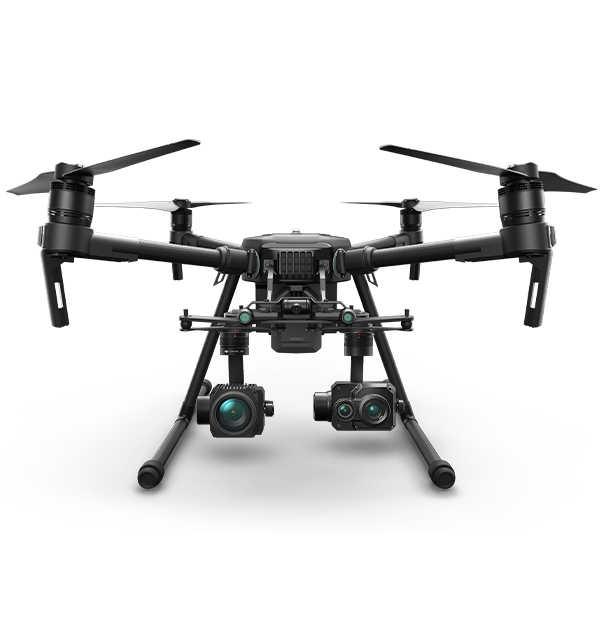 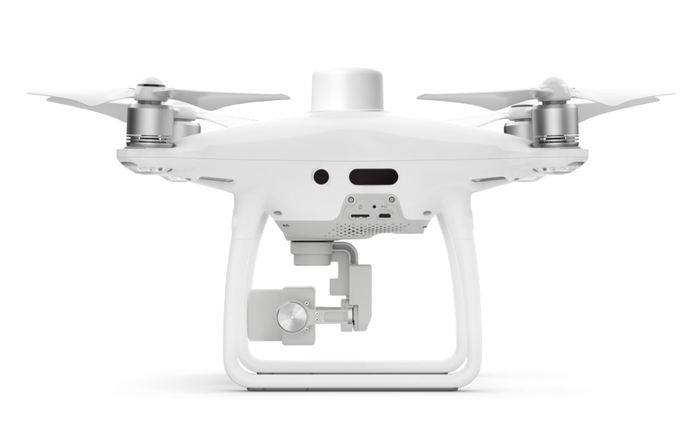 The most popular and prolific UAV survey equipment in Australia – quadcopter multi-rotor drones can be found on almost all construction and mine sites in Australia nowadays.

Another type of drone is the multi-rotor drone with vertical take-off and landing (VTOL). These quadcopter UAVs require a lot of energy to keep them launched in the air while they fight against gravity. While these drones rest on the surface, the pilot pushes the control throttle slowly, just to get the propellers spinning, and then pushes the control throttle further until the drone vertically propels off the ground. All of this can be done by a control console – in some cases can be operated by a mobile phone or iPad that signals the drone using the 4G or wifi network.

Multi-rotor drones are particularly useful during flight if you need to get a small camera for aerial photography in the air. In comparison to other drones that have undergone technological advancements, multi-rotor drones are less efficient in terms of energy use, and therefore only have the capacity to fly for about 30 minutes with a light payload (as compared to the payload of a fixed-wing, for example).

Position Partners offers a range of survey drones in the multirotor class of survey drones – with a range of payloads, flying distances and survey-grade accuracy. You can use these drones for inspecting bridges, powerlines, wind turbines, off-shore rigs and more, as well as for photogrammetric surveying of urban areas and small construction sites.