Blog - Latest News
You are here: Home1 / Topcon2 / A suite of new solutions from Topcon 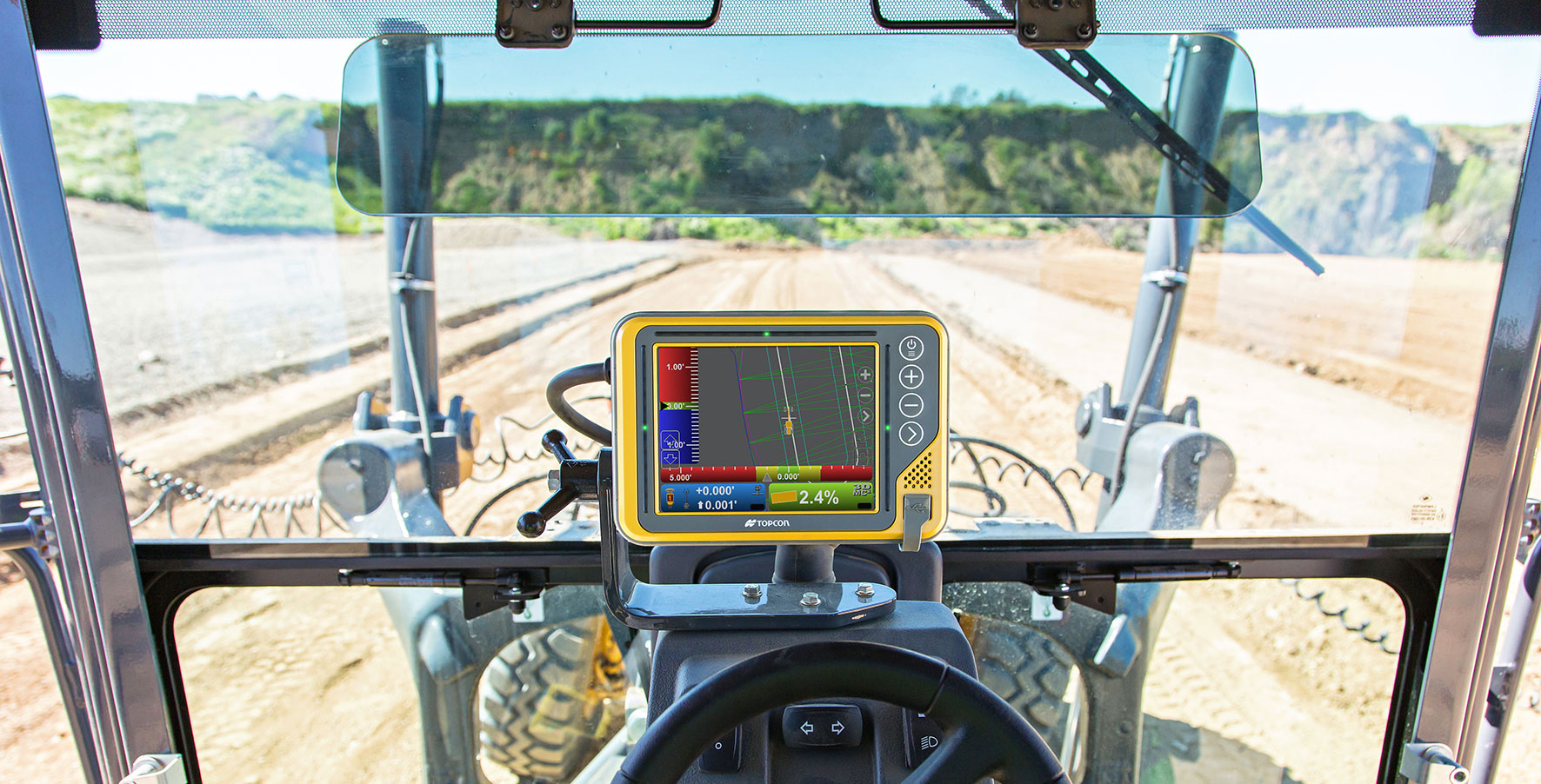 A suite of new solutions from Topcon 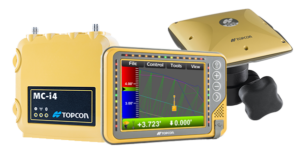 Topcon Positioning Group has been busy in recent months, releasing a host of new solutions for a wide range of machine types and applications. As with all Topcon systems, every product is compatible with all makes and models of machines to offer users maximum flexibility when choosing either an aftermarket, retrofit option or a change to a factory-fitted solution.

New for many Topcon 3D machine control solutions is an updated control box, the Topcon GX-55, along with a faster, more responsive GNSS receiver, the MC-i4.

“The light bars have always been a very popular add-on for 3D technology, so it’s great to see that Topcon has integrated them into the control box as well.”

“The GX-55 also has a larger screen that is fully visible in direct sunlight, audible grade sounds that can be customised and four large buttons designed to make navigating the system easy for operator hands, not office hands,” he added.

Also new to the Topcon product range is the LPS excavator solution, Topcon X-53i, which utilises a total station for millimetre grade precision without the need for GNSS positioning. This makes the X-53i solution ideal for underground applications, or GNSS obstructed areas such as dense tree canopy or near high-rise structures.

With all GNSS antennas mounted to the body of the machine, Topcon’s 3D-MCMAX gives the operator unobstructed visibility and the ability to work at high speed on any surface, under objects or while in reverse. Not to mention removing the need for the operator climbing on the blade daily to remove the GNSS antenna, so a large safety improvement in that regard.

“We think 3D-MCMAX will be very popular with Australian contractors,” Mr Seddon said. “3D-MC2 enables dozers to perform like graders, giving users the flexibility to get more out of one machine and this new version promises to be even better and more responsive!”

Another new 3D solution designed specifically for dozers is the indicate-only Topcon i-53. It comes with the new GX-55 control box and the all-new TS-i3 tilt sensor, which adds blade slope and pitch information to increase capabilities on complex slopes in indicate mode.

“Operators have a great combination of easy-to-use light bar and display technology to guide them to grade, along with a complete 3D overview of the site design to improve safety and project awareness. The next generation of Topcon machine control technology is here!” Mr Seddon said.