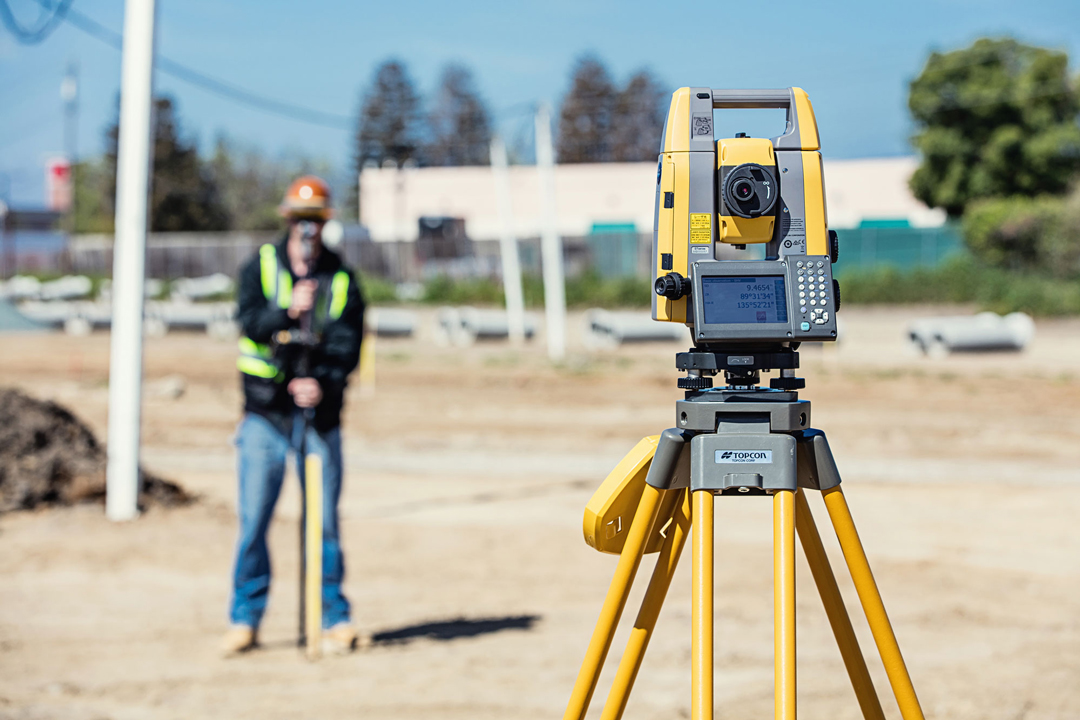 According to Garry MacPhail, survey manager with Position Partners, Topcon’s national distributor, both new total station series offers a range of features making them suitable not only for general surveying, but also for specialist requirements in mining, road maintenance and construction, and civil construction.

The five exclusive features on Topcon’s new total stations are:

Surveying dark and wet surfaces at long range: Both the OS and ES series total stations can accurately measure dark objects to long distances up to 500 m away in reflectorless mode.

“This capability is ideal for anyone needing to easily measure dark surfaces, such as coal mine applications, bitumen roads, wet pavements and dark roof areas,” said MacPhail.

“Traditionally these sorts of surfaces are challenging and difficult to measure accurately, but Topcon’s new technology makes this very simple and straightforward.”

The total stations can also be combined with a Bluetooth-enabled data collector such as the Tesla, so users can accurately attribute points (at the curb, for example), further reducing jobsite errors.

This feature also allows measuring beyond objects such as chainlink fences, saving survey and measuring time by not having to navigate the fence itself.

Time-savings through best-in-class EDM rate: Both the Topcon ES and OS Series total stations have a 0.9 second measurement time up to 500 m in reflectorless mode and 4000 m in standard mode, ensuring accurate, rapid measurements and saving time on the job.

“These total stations have the most powerful and the most accurate reflectorless EDM in their class, with the pinpoint EDM beam spot ensuring precise measurement, especially at shallow incidence angles that outdated technology simply cannot provide,” said MacPhail.