Deformation monitoring technology can be used to measure movement, vibration and/or tilt in a range of mining applications. These include pit walls, tailings dams, underground tunnels, infrastructure such as conveyor belts and any other hazardous or critical assets.

In a large Australian coal mine, a significant crack developed in one of the main walls of the pit. Finding a robust platform that could reliably measure any deviation in the wall and alert management immediately, was critical to mitigate safety and production risk.

Traditional optical monitoring techniques utilising a total station could be used in these scenarios. Although accurate, the manual operation of such an instrument would not generate the frequency of data required and increase the level of risk by requiring its manual operation. An autonomous optical solution would mitigate this but with a greater footprint of infrastructure and cost.

In this scenario, the Senceive wireless monitoring solution was established on site to provide constant, autonomous reporting to mine management and operations teams.

Three optical displacement and triaxial tilt sensors were setup along the crest of the pit wall in the area surrounding the wall cracks. These small cube-shaped sensors include an integrated EDM that was programmed to shoot measurements every 10 minutes. The measurements show any expansion or contraction of the cracks in the pit wall.

Measurement recordings are relayed back to the office via a wireless, solar-powered ‘gateway’ on site. Due to the critical nature of the reporting required, Senceive’s Oceania distributor Position Partners, modified the gateway settings to send measurement data more frequently and with minimal latency.

With continuous adjustment of the alerts, mine management and operations are able to stay informed of even the slighted movement or change to the fissures in the pit wall. The following charts demonstrate the thresholds in relative displacement on each of the three sensors: 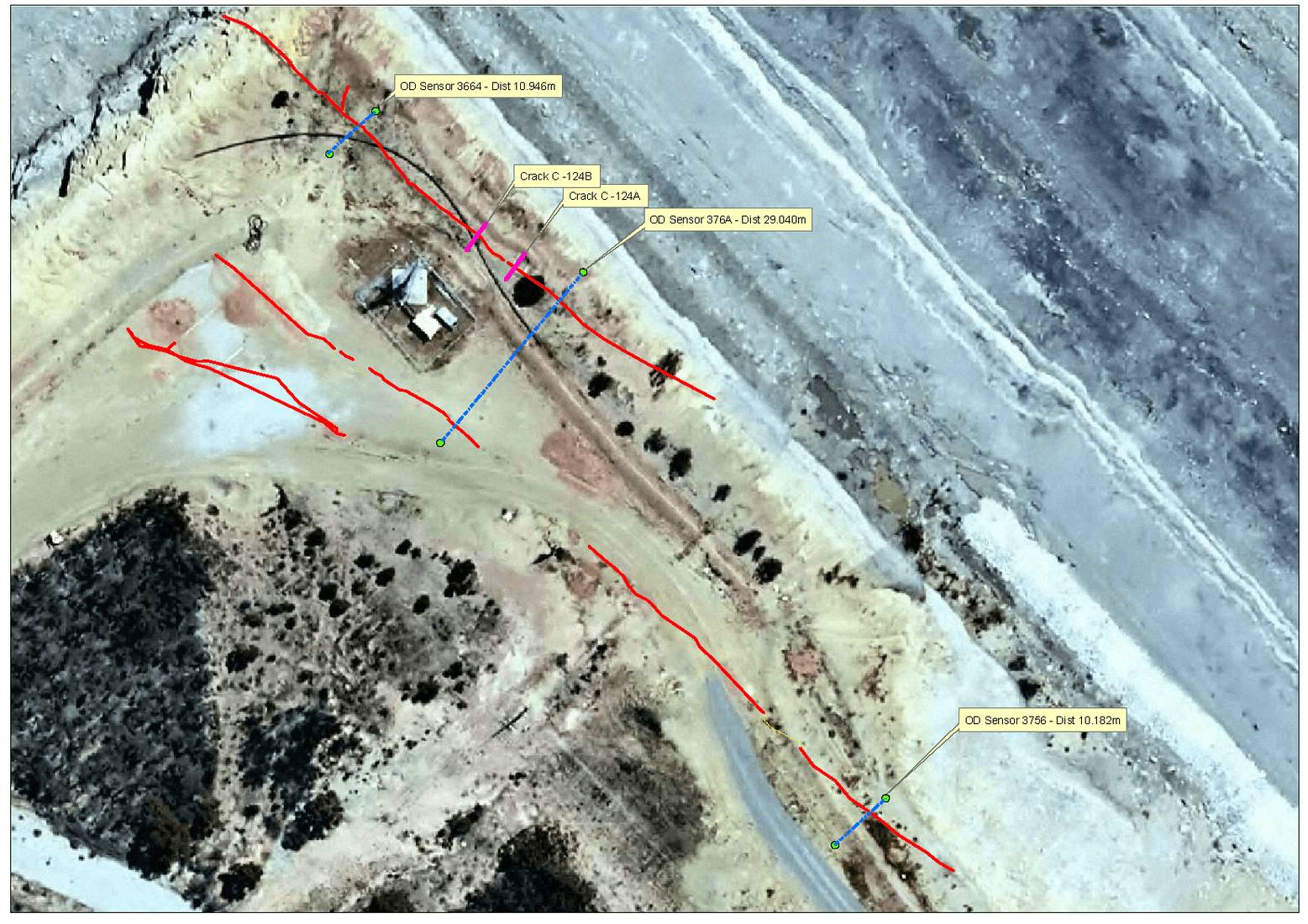 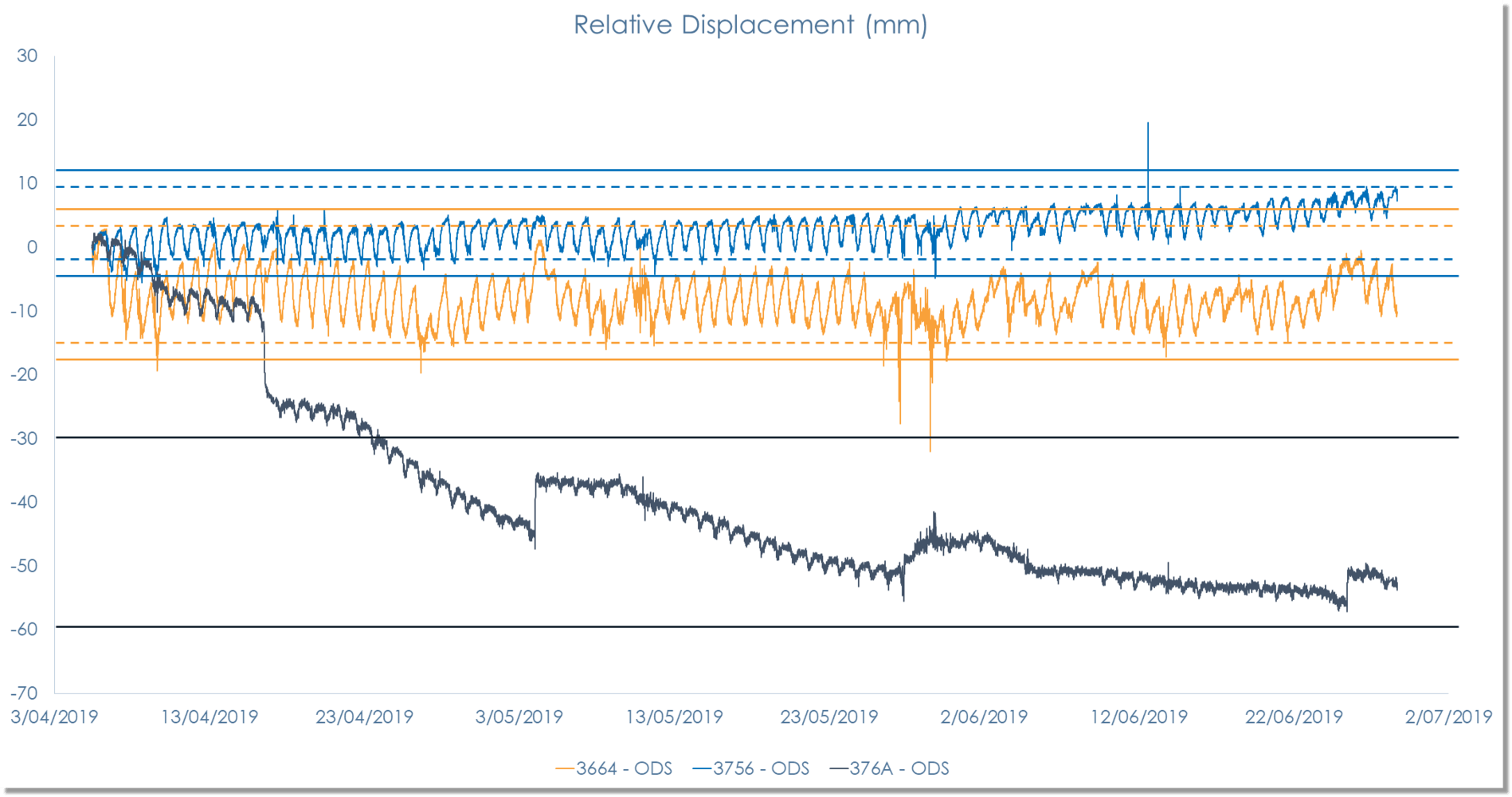 Unlike optical monitoring solutions, the Senceive wireless platform offers a low footprint and little to no hardware maintenance. The sensors have a low form factor and a long-life battery that will last for 10 years in continuous use.

The gateway is wireless and solar powered and therefore requires no maintenance, with the ability to continuously relay data back to the operations and management teams.

Alert and reporting software is also included in the solution, with the ability to connect data to despatch, safety, operations and management as required.

The Senceive optical displacement and tilt sensor setup has been highly effective in monitoring the cracks in the pit wall, becoming a crucial part of this mine site’s operations to manage safety and production risk.

As a simple yet robust solution, Senceive technology is well placed to provide deformation monitoring across all geotechnical applications, such as natural hazards, quarries, open pit or underground mining and infrastructure projects.

To discuss deformation monitoring solutions and their suitability to your project, contact Position Partners on 1300 867 266