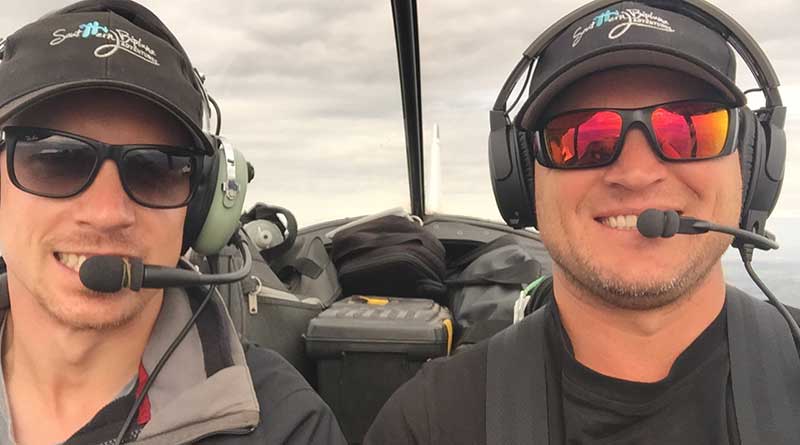 Matthew Smith is a Director of CEH (Dapto) Pty Ltd, an Illawarra and Sydney-based firm of land and mine surveyors. An aerobatics pilot in his spare time, with several state and national championship titles to his name, Mr Smith and colleague Robert Dickers, a former long-haul freight pilot, have embraced a new way to fly with the introduction of the company’s first Remotely Piloted Aircraft System (RPAS).

CEH Survey hopes that RPAS will replace traditional survey methods for large scale surveys and stock pile volumes. “I think there will always be a place for total stations and GNSS, however for some applications RPAS enables us to capture comprehensive data considerably faster and more safely,” Mr Smith said.

The company purchased its first RPAS solution, a MAVinci SIRIUS Pro, in December 2015. “Although I’d been keeping an eye on developments in the industry, it was only when I heard about this RPAS that didn’t require ground control that my interest was piqued,” Mr Smith said.

The SIRIUS Pro is a fixed wing RPAS that is specifically designed for surveying purposes. With an on-board GNSS receiver and MAVinci Connector base station, the SIRIUS Pro effectively puts ground control points in the air, saving time, increasing safety and enabling surveys of hazardous and hard to reach areas.

Mr Smith is impressed with the data the SIRIUS Pro captures. “Not only can we survey right to the edge of high wall faces and other areas that can’t be captured on foot, but we also survey the entire site, not just the specific points we need.

“Clients love the fact that we can deliver a complete data set of the site, it’s a powerful visual tool as well as an accurate historical reference for the project at that time,” he added.

Steady as she goes

Mr Smith recommends choosing a professional standard solution to others looking to invest in a system. “The SIRIUS Pro takes incredibly clear pictures, which translates to very accurate data, and that is due to its in-flight stability, not the camera,” he said.

“Stability is the key differentiator: the SIRIUS has powerful inertial measurement units that enable it to compensate for wind and other environmental factors, which results in fewer distortions in the data.”

CEH Survey averages accuracies of 3 GSD (Ground Sampling Distance). “Our clients have been very happy with the accuracy of the results,” he said.

In addition to its accuracy, Mr Smith explained that the SIRIUS Pro was also built to withstand the harsh environment of mining and construction sites. “It is tough enough to land on the hard rock surface, so it’s ideal for our work.” 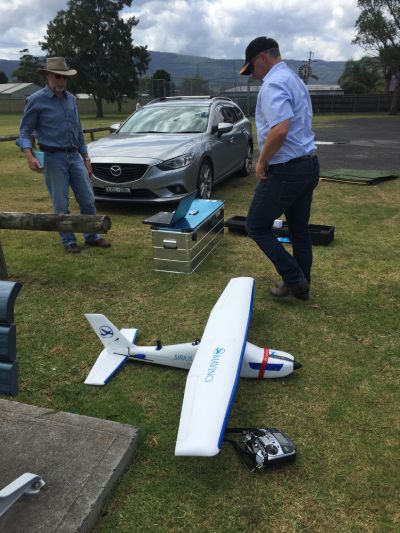 Acceptance in the industry is becoming more widespread, although Mr Smith explains that it is taking time. “As with any new technology, it takes time for it to be fully trusted and with RPAS in particular, it requires a different understanding of how to manage and represent the data it captures.”

CEH Survey is actively involved in the development of Propeller, a new collaborative software platform that delivers web-based access to orthophotos and Digital Surface Models (DSMs). It also enables users to layer data sets and alter layer opacity to monitor changes and progress over time.

“Propeller is a great tool because it is web-based, so clients don’t need to get approval from their IT departments to install new software and they don’t need to upload or download large amounts of data. It’s secure, it’s affordable and it removes a lot of the hassle of sharing and working with large data sets.”

Whilst learning how best to use the data took a little time, learning to fly the aircraft did not. “There aren’t many surveyors who come with as much flying experience as Matt and Rob,” said Gavin Docherty, Position Partners RPAS Product Manager.

The MAVinci SIRIUS Pro can operate in fully automatic mode or pilot-assisted manual mode, with the option to switch between modes during a flight without having to abort the flight plan.

“When in manual flight mode, you could tell straight away that they’re pilots and they bring their own piloting style to flying the RPAS,” added Mr Docherty. “As an aerobatics pro, Matt pushes the system and can manoeuvre it on a 10-cent piece, whereas Rob takes wider turns and lines it up to land as though he’s flying a commercial plane.”

After retiring as a long-haul freight pilot, Mr Dickers completed his survey degree at the University of NSW, where he wrote a thesis on the quality of drone survey data. He also teaches as a flying instructor in his spare time.

“I suppose our experience helped to make on-boarding with RPAS a pretty straightforward process,” Mr Smith said. “Position Partners’ service and support also helped, the system was delivered very quickly and we started our training that same day. It was all very efficient and easy.”