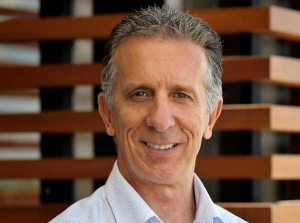 Company Co-Founder and NSW/ACT Region Manager Brian McLoughlin passed away on 17th January 2016 after a battle with cancer. He was 60 years old.

“Brian will be sorely missed by his colleagues and so many of our customers, who had become close friends of his over the years,” said Garry Fleming, Position Partners Partnering Services Manager and Brian’s business partner for almost 30 years.

“His loss will be felt throughout our company and the industry – his passion, energy and gift for business were extraordinary. Brian was respected by all who worked with him and he loved to mentor employees to be the best that they could be. Our Sydney and Canberra branches in particular will not be the same without him.”

Brian began his career in the construction industry in 1975, working as a sales cadet for Banbury Engineering. He sold his first laser level in 1976 and his passion for positioning technology was born.

Brian was an early pioneer of the use of dual grade lasers and machine control in the 1980s, having seen their ability to drastically improve productivity and efficiency on the job site.

In 1987 he and Garry Fleming founded Laserquip, distributing lasers throughout New South Wales. In 1995 they took the decision to become Topcon distributors for the same region and in 2008 they co-founded Position Partners along with their four colleague businesses around Australia.

“When we started Laserquip our ‘office’ was Brian’s dining room table and we had a 1968 Holden Premier as our company car,” Garry said. “Position Partners now employs more than 200 people and has expanded to New Zealand and South East Asia. Our business journey together was remarkable and I will miss him dearly.”

A funeral service to celebrate Brian’s life will be held at Macquarie Park Crematorium, Sydney, on Monday 25th January at 1:30pm.