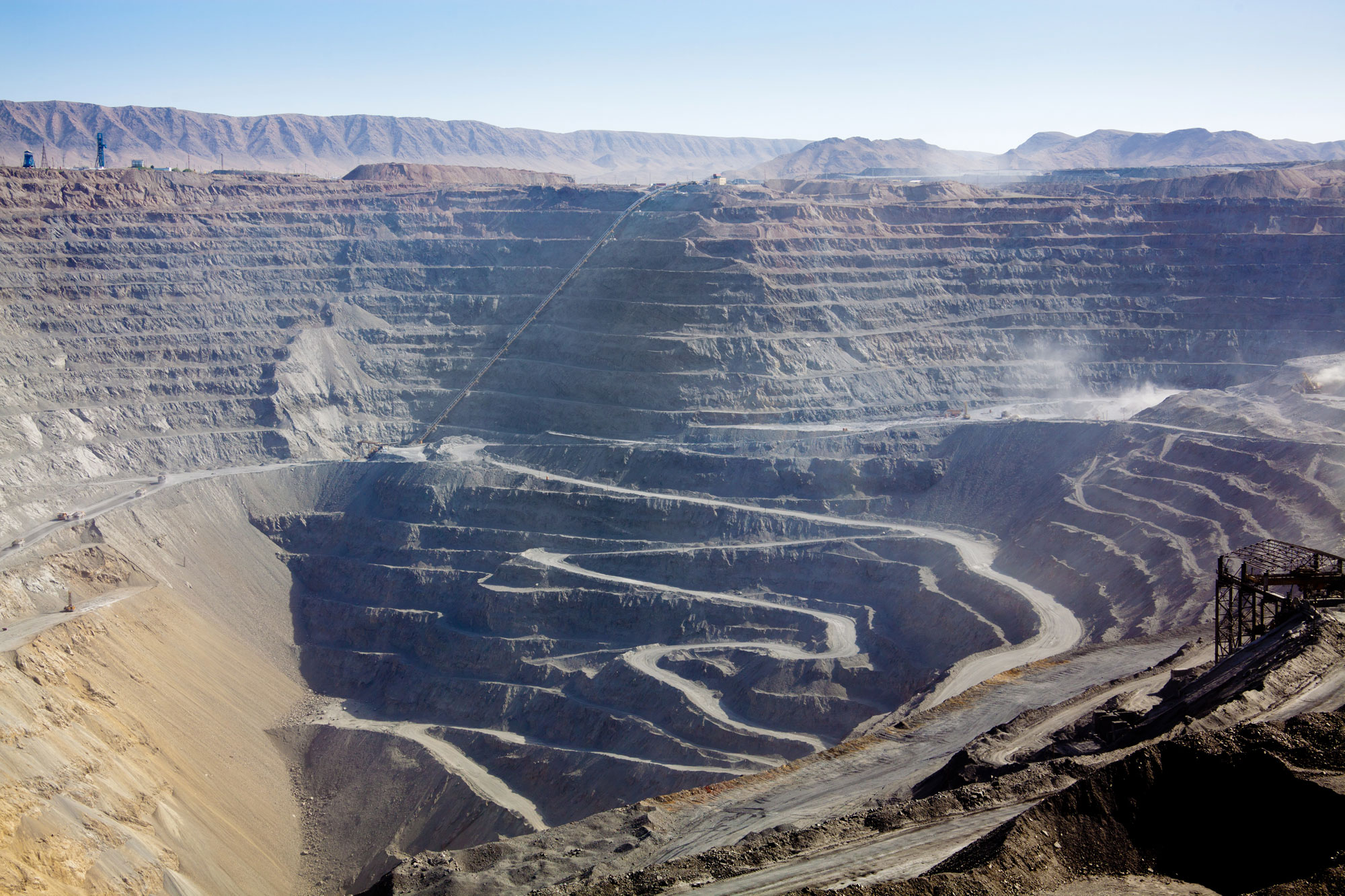 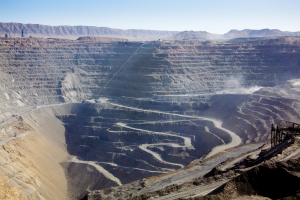 As both geographical coverage and popularity of Continuously Operating Reference Station (CORS) Networks grows across the survey and GIS industries, so too does it offer unique benefits for Australian mining.

The Australian Spatial Consortium recently released the Australian Strategic Plan for GNSS, which firmly places CORS at the centre of the overarching National approach to positioning in Australia.

Due to a need for varying levels of accuracy depending on the positioning application as well as some limitations in GNSS technology, CORS is often supplemented by other technologies to provide a total solution for mine sites, large and small.

The image below shows the hierarchy of positioning infrastructure in Australia as laid out by the Strategic Plan for GNSS:

The use of CORS technology in mining offers unique advantages across a range of activities, including seismic line surveys, reclamation deformation monitoring, volume calculations, GNSS-controlled machine guidance systems and photogrammetry and Lidar applications where static GNSS data is required.

One major benefit of CORS technology is the ability to network a number of GNSS CORS reference stations which effectively creates an interpolated RTK correction plane across a vast region. Once this permanent infrastructure has been established, all positioning equipment within the networked region will be able to operate with homogeneous accuracies at the 2cm level.

With such consistent high levels of accuracy all mining, surveying and civil works can be undertaken without the need to use and maintain any additional local infrastructure such as repeaters or radio base and rover solutions. Safety and time saving benefits abound when the need to maintain this hardware is removed, with all GNSS users given 24/7 access to corrections throughout the mine site.

It must also be noted that many mine sites in Australia are geographically close to one another, in areas such as New South Wales’ Hunter Valley or Queensland’s Bowen Basin. The cost benefit of each mine establishing and maintaining a single or several wholly owned base stations with repeaters needs to be compared with CORS networks, where site-based subscriptions mean that infrastructure costs are spread across many mines and multiple applications.

As multi-constellation systems become available personal base station hardware would require upgrading and further capital injection for each mine site. In contrast, CORS networks relieve mining operators from this activity and the costs for CORS infrastructure are spread across multiple GNSS users, without being limited to individual mine sites.

As communication between the CORS network and GNSS rovers is derived via a connection to the internet and not radios, CORS networks give greater reliability and fewer signal challenges around stockpiles and dark areas, for improved accuracy in volume calculations and survey work.

As CORS networks require a clear open view of the sky for complete access to satellite signals there will be areas in a mine site where CORS technology will need to be supplemented by advanced terrestrial techniques. Augmenting high accuracy RTK GPS with intertial systems or with laser measuring solutions supports reliable positioning depending on the application.

One such technique is the Locata Corporation’s “Locata technology”. This technology requires the selective positioning of a network of time-synchronised pseudolite transceivers called LocataLites. A network of LocataLites forms a LocataNet, which transmits GPS-like signals that have the potential to allow point positioning with sub-cm precision (using carrier-phase) for a mobile unit (a Locata).

A common perception is that mining areas in Australia are too remote to benefit from CORS, because the coverage both from a network infrastructure perspective and from a mobile phone one is not as good as in metropolitan areas.

On both counts, however, the tide is turning and turning fast. The collaboration between government-run CORS networks and privately owned operators is helping to grow the coverage of these networks quickly, with private owners able to install new stations where needed and tailor a solution to the customer.

Mobile phone coverage is also significantly improving, although it remains one of the greatest challenges for all cell-network technology in mining landscapes. The difficulty is twofold, since mines are located in unpopulated and therefore less critical areas for signal, but also the deep crevices in the earth’s surface and steep gradients make reaching lower levels and bases of walls harder.

A number of emerging and existing technologies can be used to alleviate such issues at these remote and difficult to access locations. One such concept is the use of CORS-enabled radio transmitters, where the RTK (differential) correction signal originates from a CORS server in a well-established data centre. The correction is then disseminated on site using one or multiple well-positioned transmitters that obtain a data feed from the CORS server.

Traditionally, radio base station and repeater setups are engineered to provide RTK corrections specifically to the material extraction locations and are permanently fixed in position. When temporary works are required, such as minor access roads, additional radios and repeaters are temporarily placed to facilitate the transmission of the RTK correction signal.

Depending on the location of the temporary works, the geometry and the site topography, a number of repeaters may be required. It is very likely in this case that frequencies are used and re-used which will then require significant frequency management by site staff. Multiple repeaters create complexity, correction delays and are prone to interference.

Establishing a CORS-enabled radio transmitter at the temporary site works would alleviate these issues by providing correction signal to GNSS capable devices and enabling CORS access to systems that would otherwise depend on UHF radios.

There is no interference and delays with CORS-enabled radio transmitters as all devices work off the same frequency and the use of such devices can easily extend CORS network coverage across a mine site for areas such as rehabilitation.

In many cases, however, the mobile phone coverage will follow and not precede the initial stages of a remote mine site establishment, which makes access to the internet a more significant challenge. In remote sites where there is no internet access at the site location for connection to the CORS network and GNSS rover units, satellite technology is being trialed to provide open access to the World Wide Web.

In Australia, the only system available for this solution currently is the Optus D1 satellite. The Optus D1 provides internet connection via a data stream to a receiving dish at the remote location. This Internet connection at the CORS reference station can then be coupled with the CORS-enabled transmitters to provide corrections to the entire site.

For Terrestrial and Lidar scanning and photogrammetry, the use of reliable static GNSS data from CORS network infrastructure is key. Adam Rye, Technical Director for survey at RPS Australia uses static data extensively for the company’s mine and resource survey operations.

“The majority of our mine and resource survey work involves Lidar and photogrammetry services,” Rye said. “We use 30-second or 1-second epoch data from CORS networks for post-processing of control networks.

“CORS adds an extra level of accuracy and certainty to your observations because you have a fixed base reference station which can be integrated into multiple control networks.

“We use AllDayRTK primarily because of the good geographical coverage it has. In addition, the online customer portal it offers gives RPS instant access to data. As soon as it is stored on the network I can login and download the files myself.

“We are also starting to manage our subscriptions online via the same portal, which is handy for us as a national company to be able to control all subscriptions via a single account.”

What the future holds

As outlined by the recently released Australian Strategic Plan for GNSS, CORS network technology lies at the heart of all future positioning activities in this country, not only for the mining industry but for surveyors, GIS professionals, civil construction and precision farming.

The benefits of CORS networks on a general level include the increased reliability and ability to work anywhere within a networked area without having to setup and maintain site-specific base station and radio repeater hardware.

As Adam Rye notes: “The huge benefit for every survey application when using a CORS network, is that you don’t need to setup and maintain your own base or repeaters. You can just step out of the vehicle, get a checkpoint and start your survey.

“The densification of CORS networks over the coming years will be a huge benefit to the survey industry in Australia. At the moment the RTK coverage is limited mostly to metropolitan areas along the east coast, but this is changing and in five years’ time I think everyone will be using CORS networks instead of traditional radio-based solutions,” he added.

In the coming months and years we can expect to see not only the growth in coverage of CORS networks and thereby the growth in RTK level access, but also the expansion of new technologies such as RTK Bridge, satellite-based Internet connections and advanced terrestrial GPS pseudolite techniques.